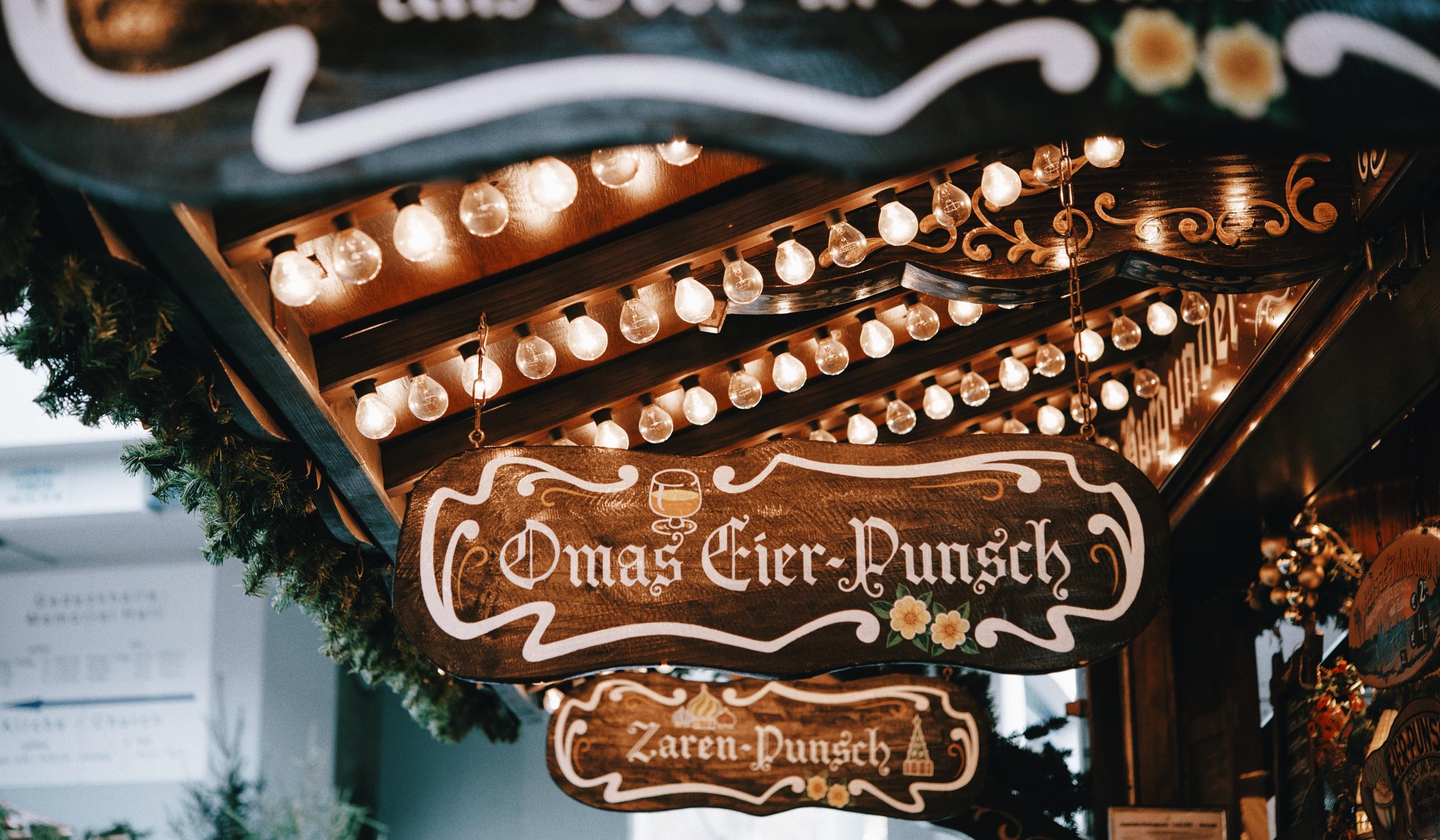 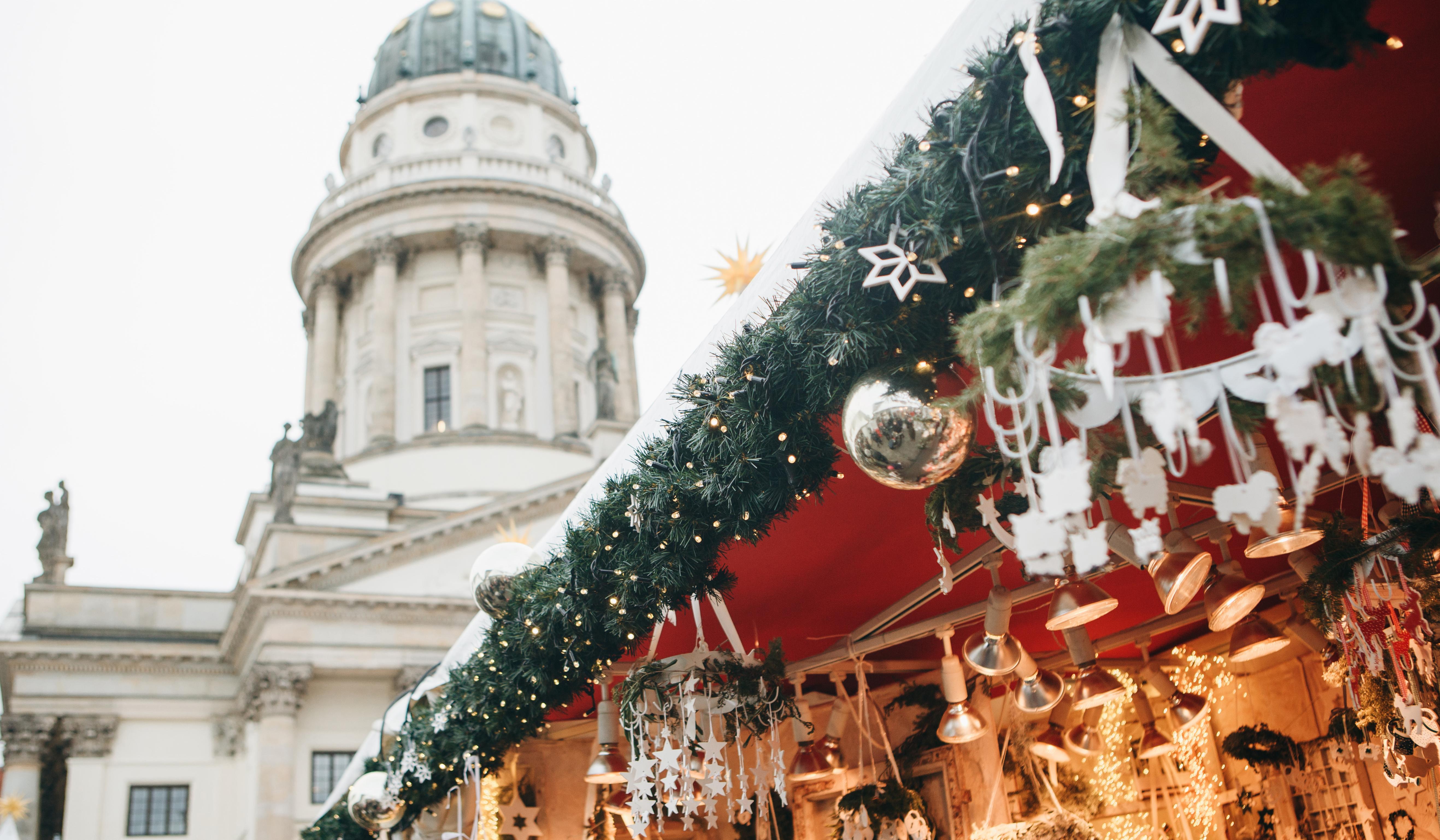 Running the whole month of December and into early January, this market set in the futuristic outdoor space that is already impressively lit up on any other day of the year will be shining brightly with Christmas cheer all month long. Don’t miss the free dance performance, “The Magic Moment”, performed to a unique mix of hip-hop and classical music.

One of the most bustling Christmas markets in the city, Berlin’s most famous square is full of gift stalls, attractions, and traditional German snacks and drinks, and is home to Europe’s largest Christmas pyramid! 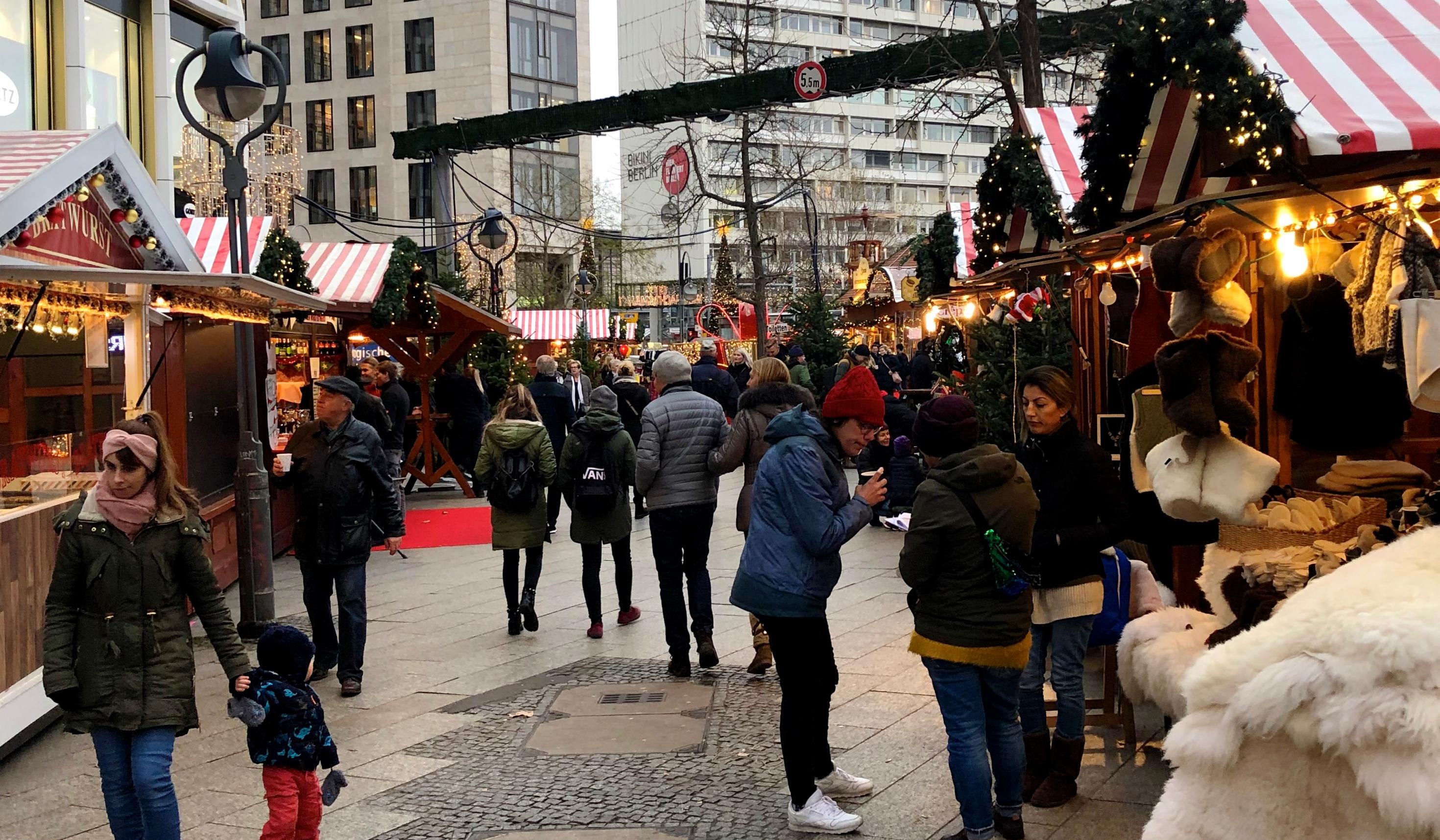 As well as shopping, you can also enjoy the ice rink, take a ride on the ferris wheel and get a view over the crowd from the top of the pyramid.

While Alexanderplatz boasts the biggest market in Berlin, Gendarmenmarkt is perhaps the prettiest. Here, you can easily forget you’re in the centre of a modern capital city and be transported back in time and into a Christmas wonderland! There’s a variety of mesmerising entertainment going on all month here, including fire-eating, acrobatics and many kinds of musical performances alongside all the traditional Christmas fare you can stuff yourself with.

One of the oldest markets in Berlin, just a stone’s throw from Alexanderplatz, here the stalls are all decked out as though they’ve come directly from the turn of the 20th century. It’s a popular Christmas market for people with children, as there’s a small petting zoo, as well as regular appearances from Santa Claus himself! 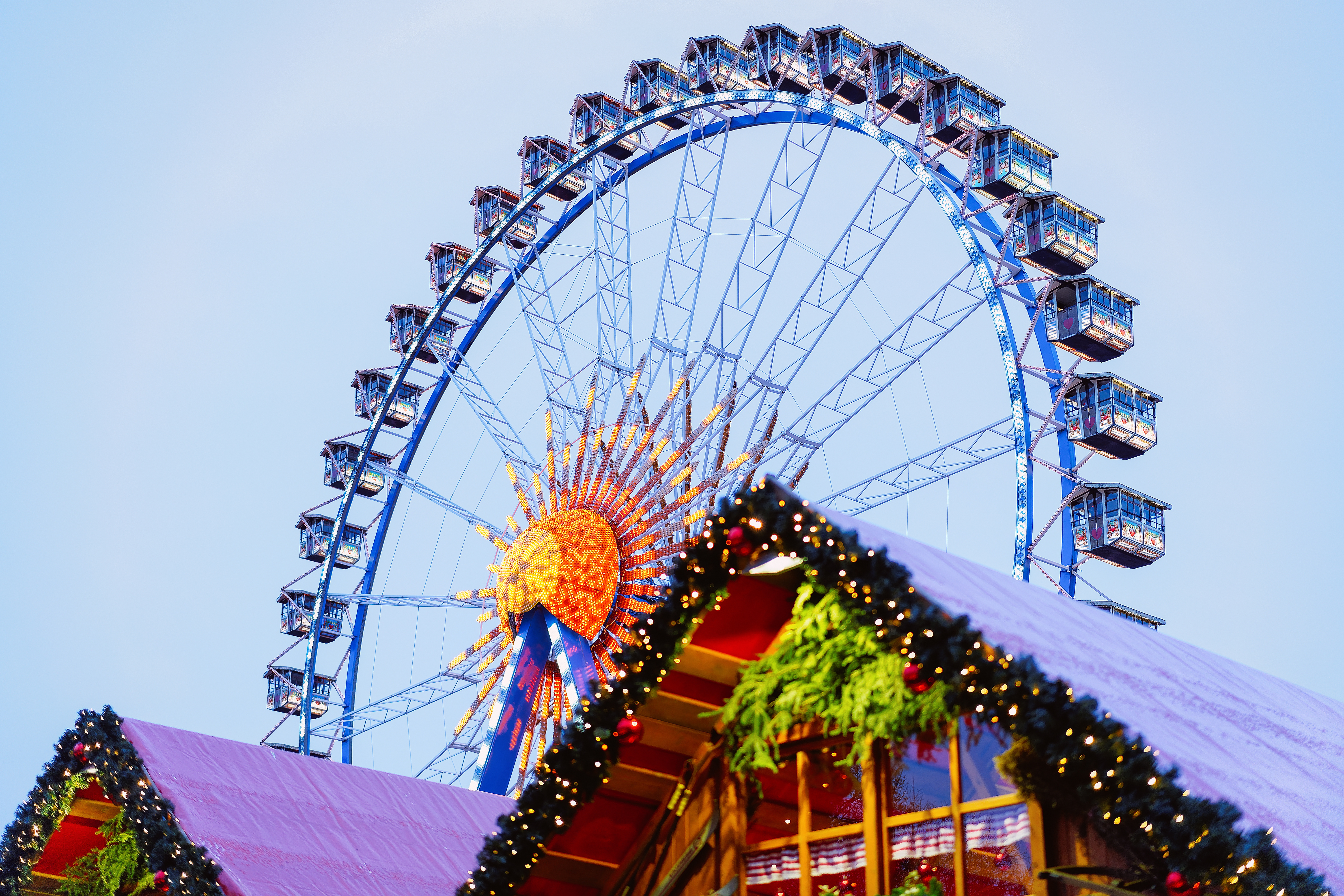 Still in the central part of Berlin, but much less touristed than most of the others nearby, this quaint Christmas market has a certain charm hard to find in downtown Berlin. The Nikolaiviertel is one of the only parts of the district of Mitte that wasn’t completely destroyed during the Second World War, and as such has an old-timey feel to it. With film screenings, choir performances and several lovely food stands dotted around, it makes for a very romantic Christmas market.

Set in the grounds of a spectacular former royal residence, this Christmas market ticks all the boxes for a traditional German yuletide: gingerbread, stollen, mulled wine, and fairground attractions from years gone by to delight and entertain children of all ages!

Another huge market held out in the historical district of Spandau to the west of downtown Berlin, this one has the distinction of offering outdoor Christmas karaoke on the last two Saturdays leading up to Christmas! Don’t miss the singalongs with Santa himself as well as the plethora of other entertainment happening throughout the day on the streets.

A bit more than a Christmas market, this bar and outdoor space on top of a shopping mall in Neukolln is not quite what you might expect of a typical German Christmas market, with food and entertainment from all over the world, but is a fun place to experience nonetheless. Come around sunset to experience Berlin’s skyline in full panorama.

The oldest Christmas market in all of Berlin, the historic Richardplatz of what used to be an entirely separate town is transformed into a true winter wonderland with lights hanging from all the trees and the paraffin street lamps lit up and a huge range of stalls selling everything from handmade toys to Christmas tree decorations and all the foodie delights you can imagine. 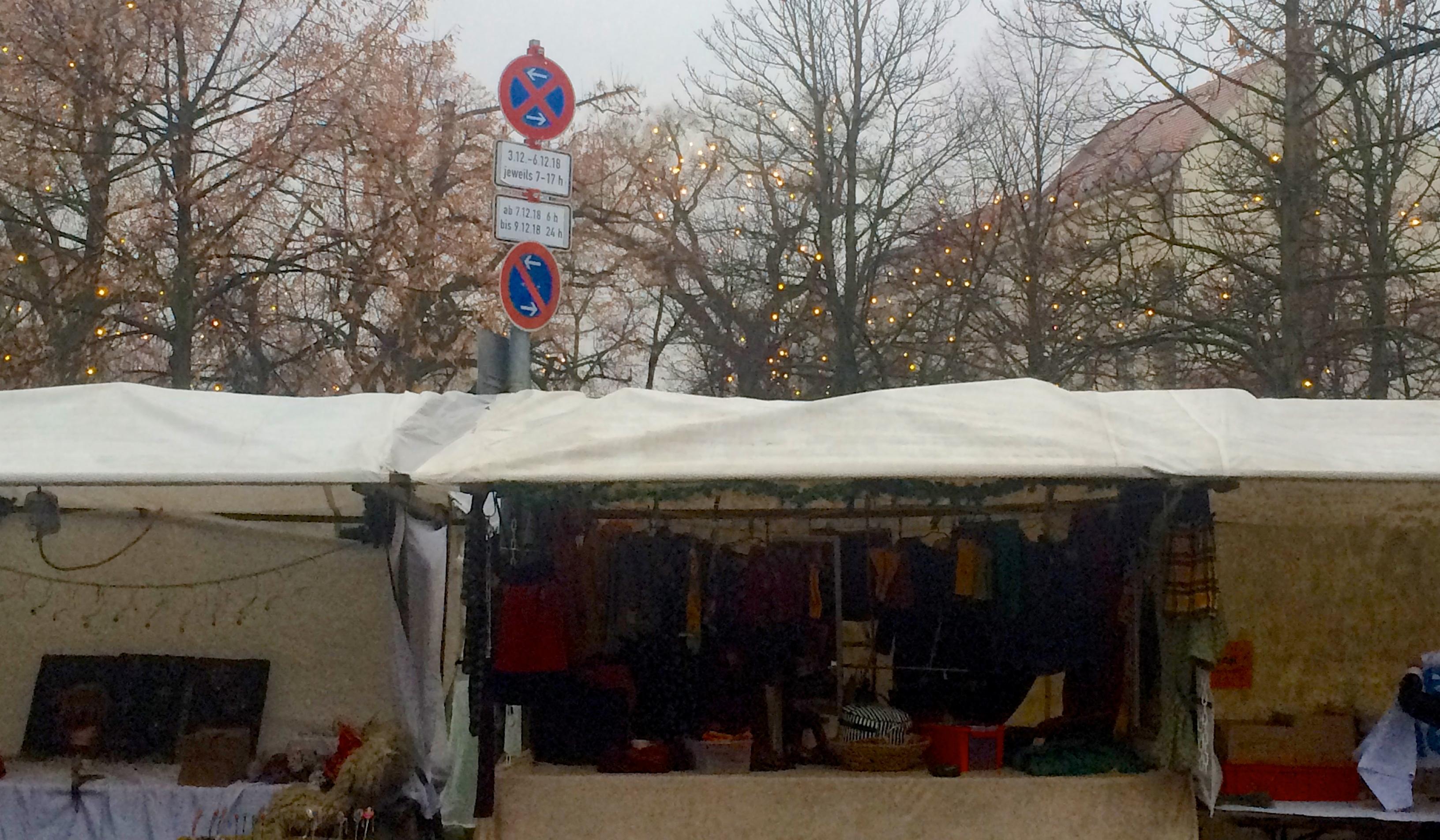 In the centre of the square, you can visit the historic blacksmith to see demonstrations of how horseshoes for the local stables are still made today.

In a somewhat more residential area of the city than most of the other markets listed here, this quaint market hosts almost 100 stalls selling all kinds of handmade nick nacks and memorabilia making it the perfect place to come for some gift inspiration. A cool thing to note about this market in particular is that the entry fee is not used for profit, but rather towards social initiatives in the immediate local area.

If you're looking for more Christmas market inspiration, be sure to read our post on top 10 festive European markets.