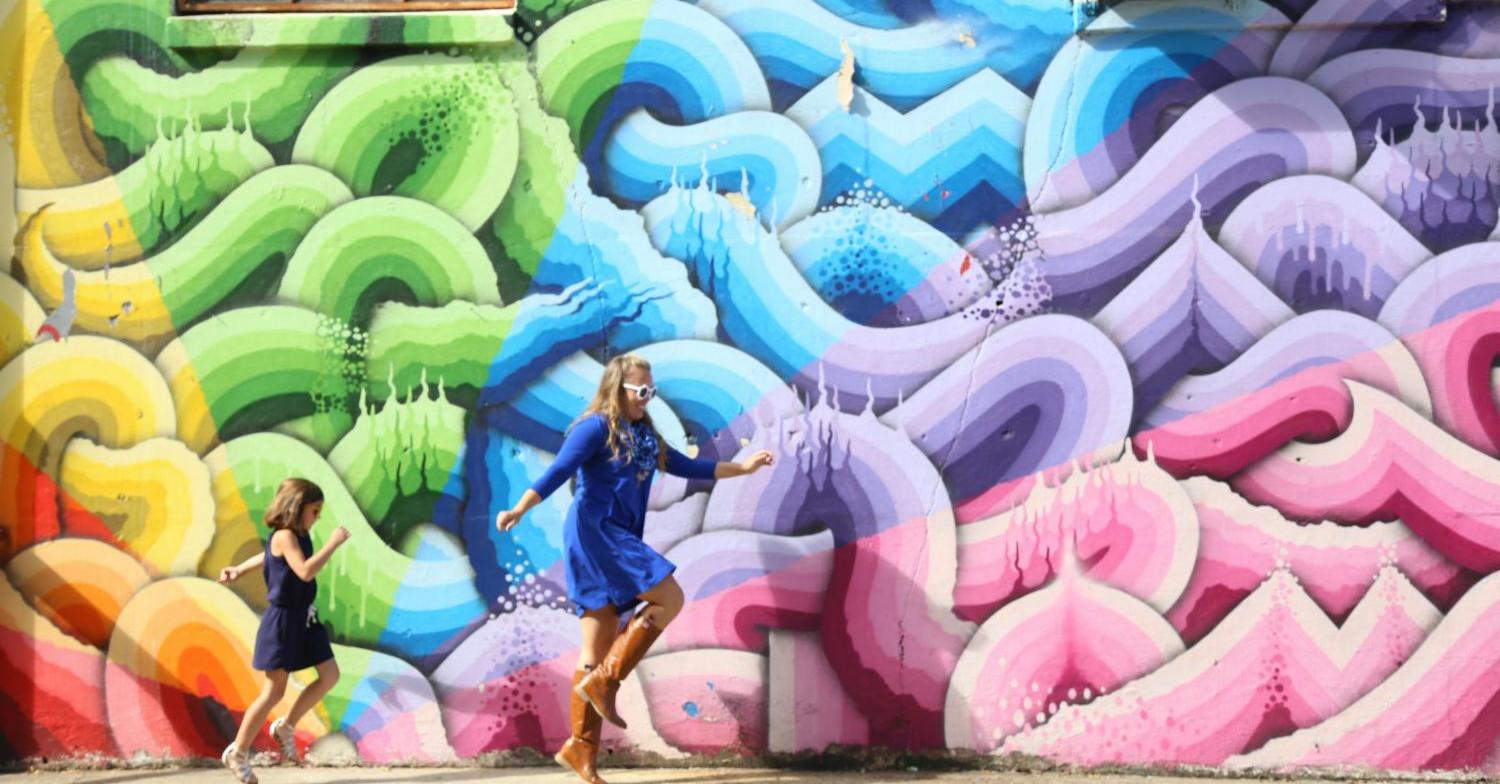 Atlanta is one of the American South’s most vibrant and diverse cities—and with a dedication to progress and public art, it’s not hard to see why. Travelling through Atlanta and looking for your next Instagram backdrop? There are hundreds of public art pieces scattered throughout the sprawling metropolis, but these murals are a great place to start.

The idea to turn unused railroad tracks into the 22-mile-long BeltLine Trail connecting 45 neighbourhoods first formulated in the early 2000s—the genesis of which was a thesis written by a Georgia Tech student in 1999—but didn’t take flight until the project broke ground in 2010. Over the past decade, a number of parks, trails, and housing developments have sprung up along this heavily-used pedestrian and biking corridor, though perhaps most exciting is the addition of many large-scale paintings that now bring it life. 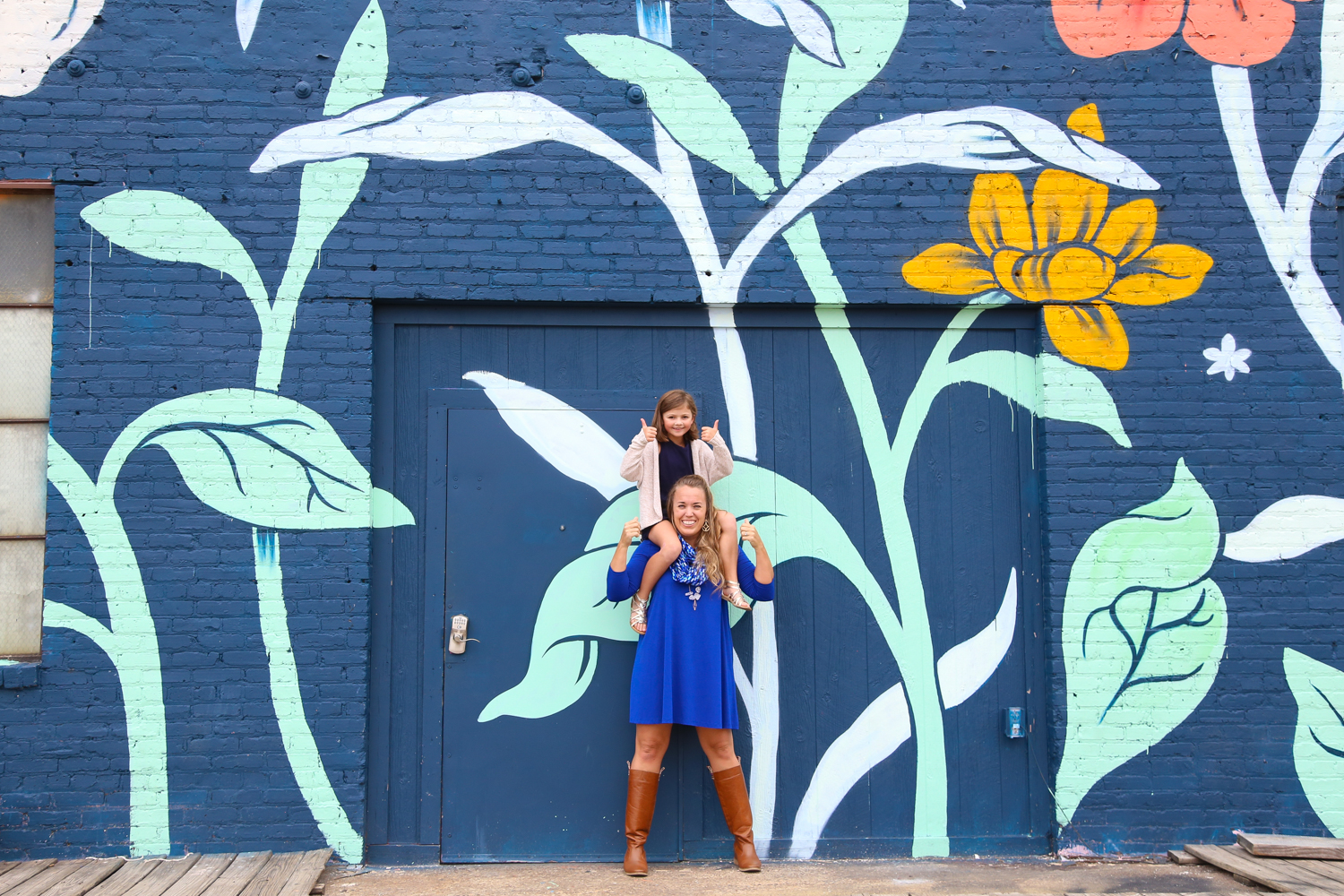 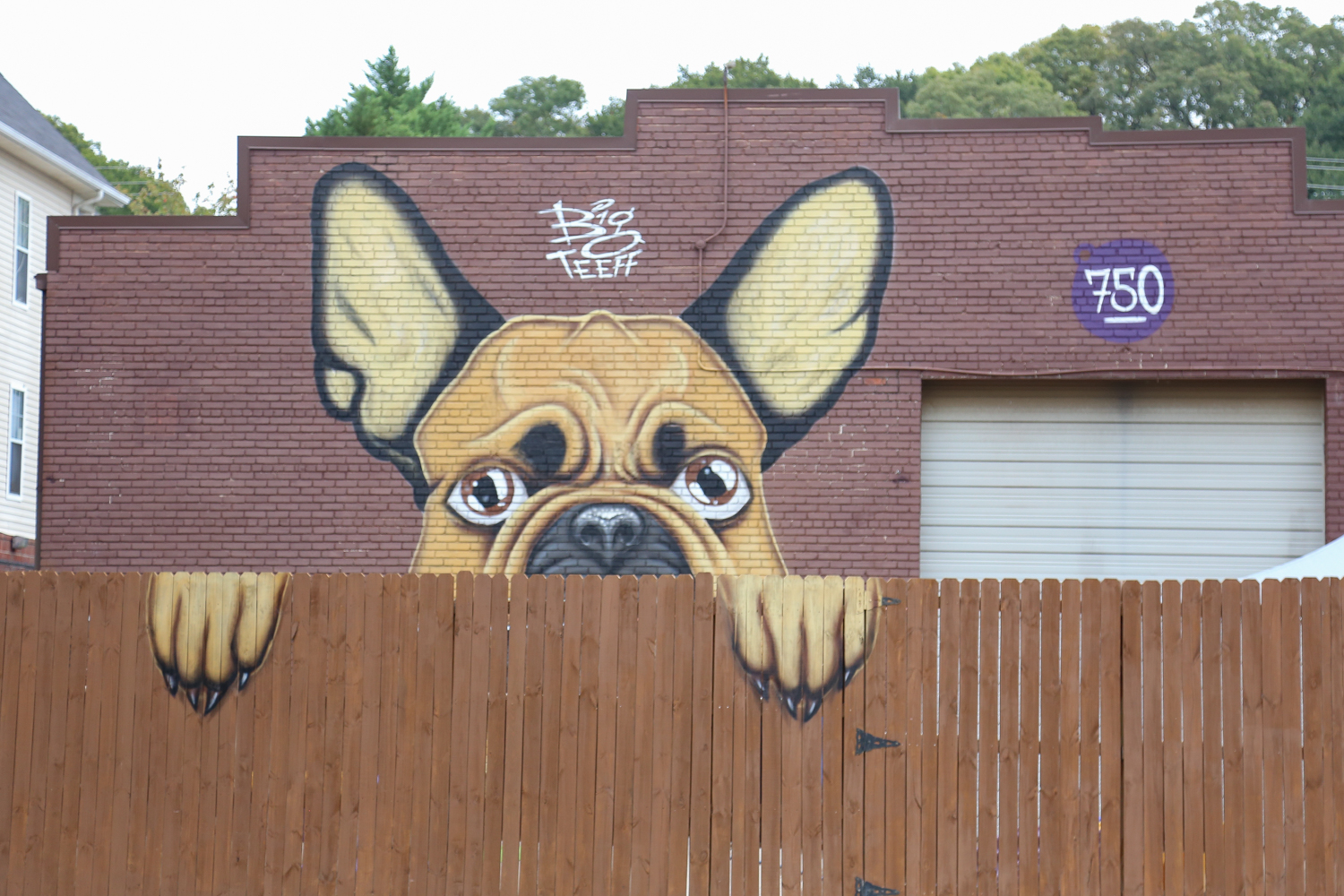 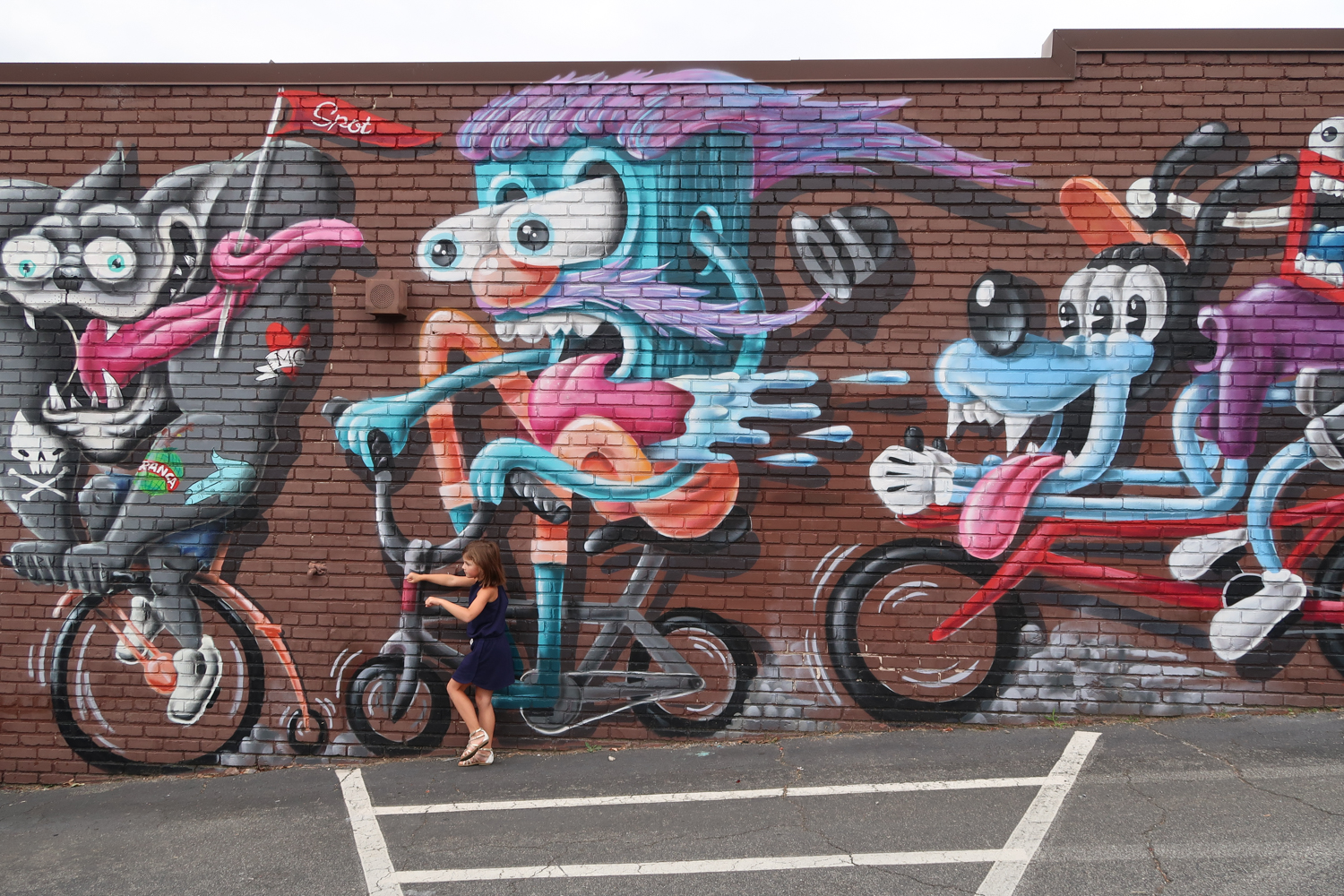 Start your stroll at Ponce City Market (675 Ponce de Leon Ave. NW) and snap away as you pass myriad paintings installed by muralists from all over the globe. Just don’t miss the colourful, 100-foot-long wall painted by Atlanta native Alex Brewer (known in the street art world as “Hense”). Bonus points if you spy any “Tiny Doors,” a series of six-inch-tall doors discreetly placed in random spots all over town as part of a public art initiative.

John Lewis has been one of Georgia’s most revered politicians since taking office in the U.S. House of Representatives in 1987, but even before that, he was known far and wide for his place in the Civil Rights Movement. He was a notable speaker and activist who led sit-ins and protests and helped spearhead the Freedom Rides, among many other things; he even suffered a fractured skull after leading a peaceful demonstration in Selma, Alabama.

In 2012, this tribute to the local hero went up at 219 Auburn Ave. NE in the Sweet Auburn historic district where Martin Luther King Jr. was born with accompanying text, “I appeal to all of you to get into this great revolution that is sweeping this nation. Get in and stay in the streets of every city, every village and every hamlet of this nation until true freedom comes, until the revolution of 1776 is complete,” which was taken from his legendary “March on Washington” speech from 1963.

One of Atlanta’s most photographed walls is located, in of all places, the side of a Kroger supermarket (3330 Piedmont Rd. NE) in a fairly suburban neighbourhood. Nevertheless, this iconic Buckhead disco ball and pair of dancers is worth seeking out for the ample photographic opportunities (and the sheer fact that you’ll likely never see a cooler grocery store exterior!). It also has some swinging history to it: It was one of the first 24-hour Kroger locations to open in Atlanta back in the heyday of boogie fever, the 1970s, and a now-defunct disco club, Limelight, moved next door several years later. 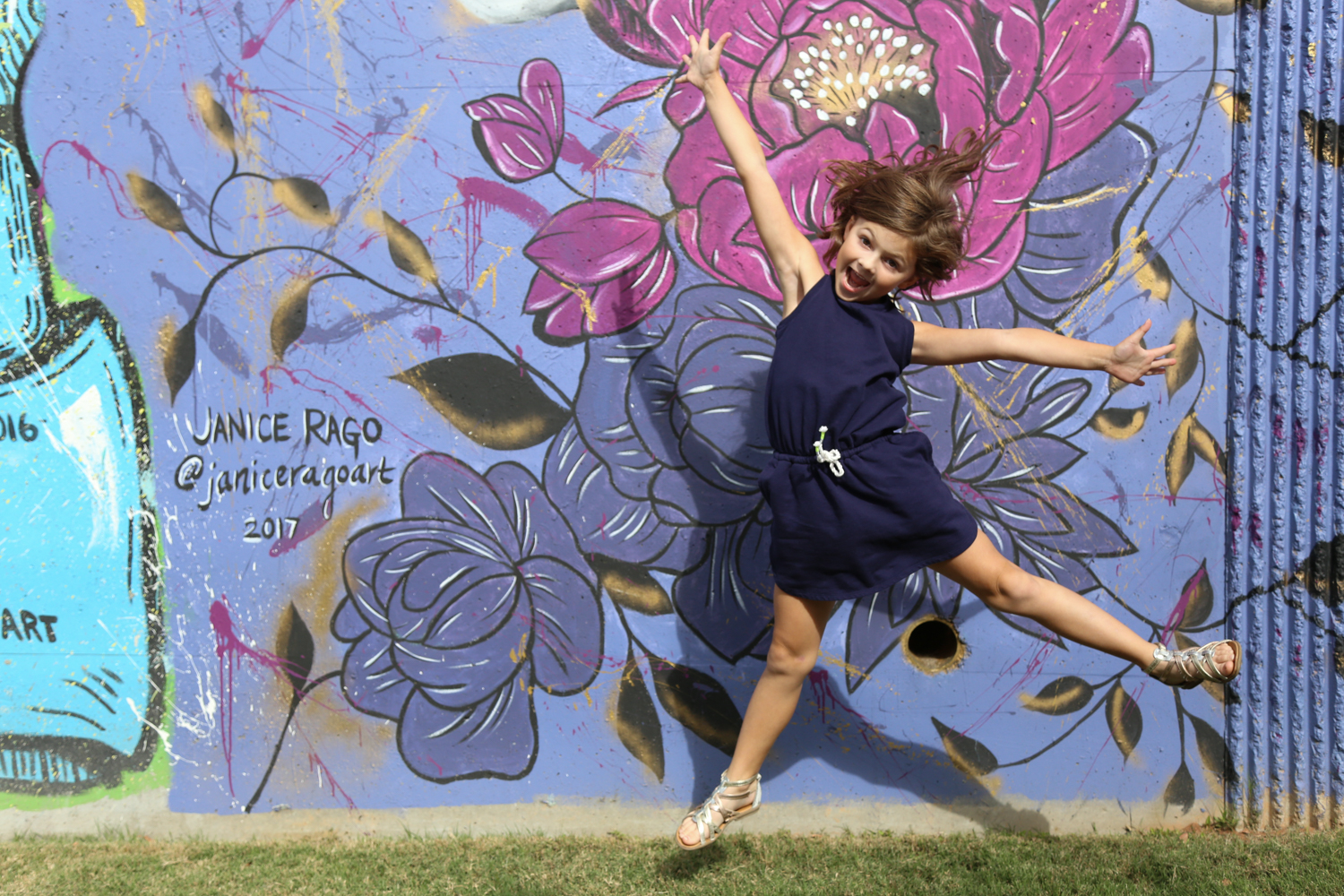 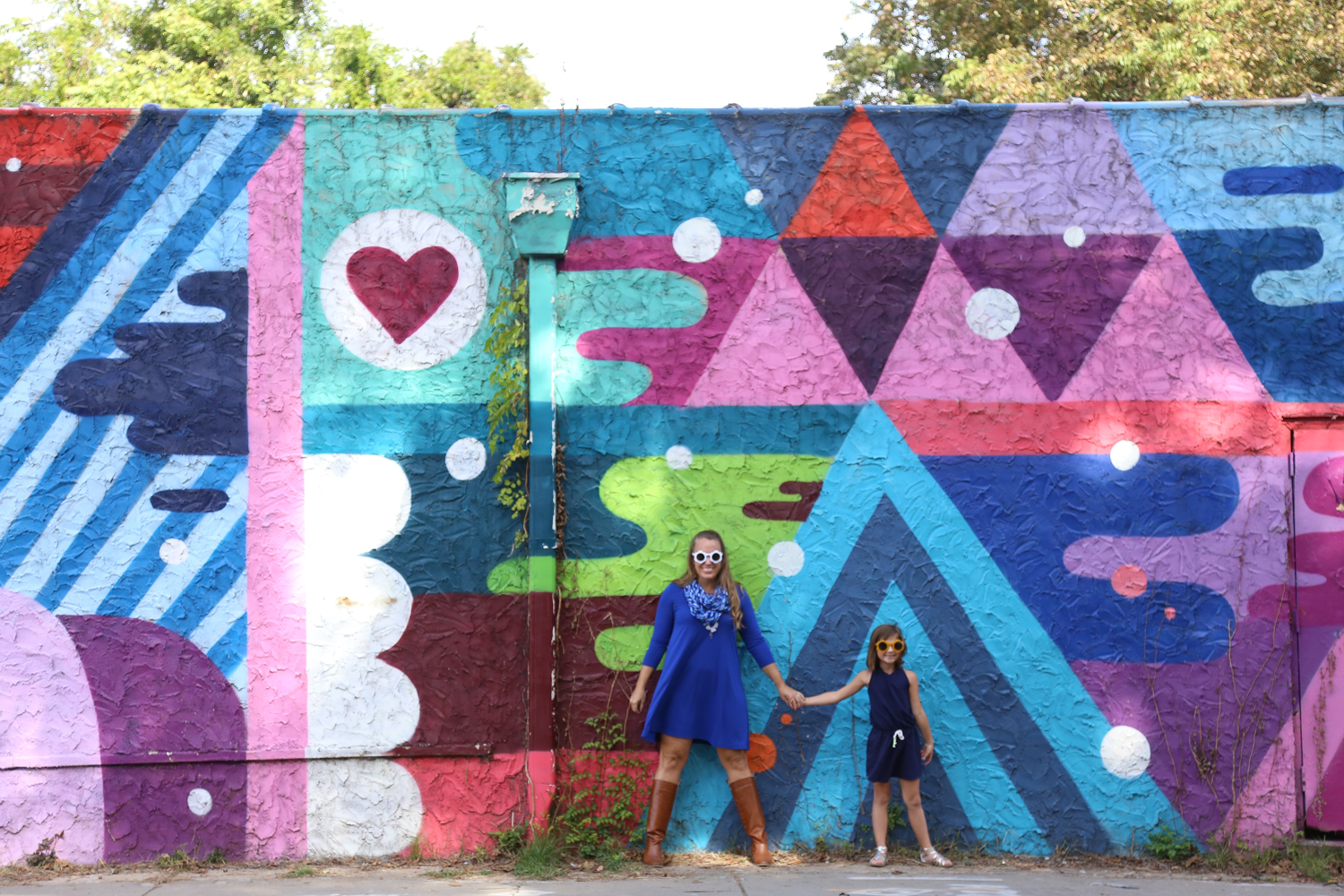 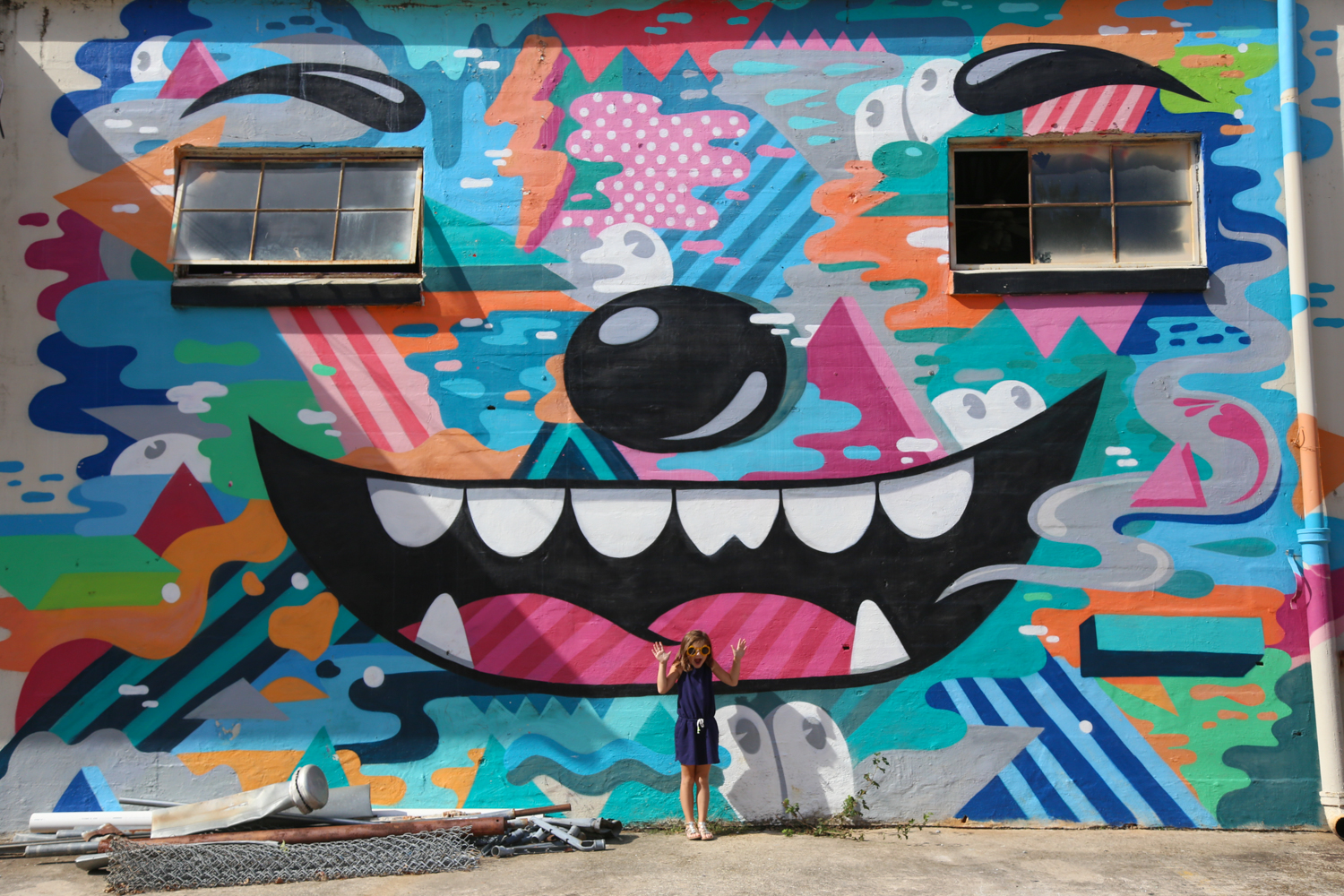 If you want to check off more than 40 murals in one fell swoop, look no further than the neighbourhood encompassing Krog Street Market, a nine-acre mixed-use development full of restaurants, bars, food stalls and retail spaces. The streets surrounding the old 1920s warehouse in Inman Park are brimming with art, like Ricky Watts’ Outer Space Project wall at 10 Krog St. NE, which is directly across the street from the whimsical creations of acclaimed muralist Greg Mike at 5 Krog St. NE. Those who are more drawn to graffiti art should mosey through the ever-changing Krog Street Tunnel, which connects Inman park to Cabbagetown and serves as a canvas for artists of all style and skill set.