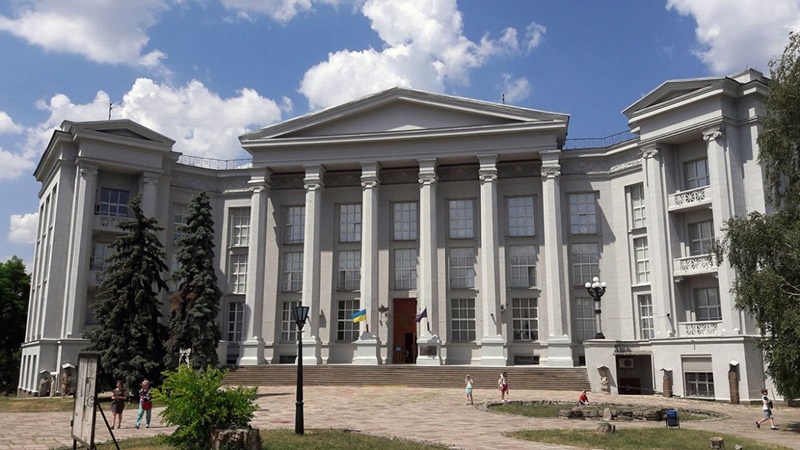 A museum is often the best way to see what a country truly has to offer in terms of its culture and history.

This is the exact reason why more and more travelers are keen on starting their journeys within a country by paying a visit to these places that are important culture-wise, right from the get go.

Whether its arts, history, or cultural development is what you're interested in, the capital city of Ukraine - Kiev, is no exception.

There are plenty of things to see and learn from the annals of Ukrainian history and its capital is arguably the best place to do it.

In this article, we will talk about some of the best museums you have to visit while on your trip in Kiev.

Want some local help? Our Kiev tour guides can show you around and tell some unheard stories!

Located on one of the main streets of Kiev, Khreshchatyk, it's almost impossible to miss as you wander around the city. Founded back in 1899, it's in fact, the first museum that opened its doors in Kiev, period.

First, you will be greeted by the building itself. It’s posh, neoclassicist style is awe-inspiring to say the least and without a doubt it's one of the architectural gems of the city. However, since this is an art museum, you’re probably wondering what’s inside.

Well, you’re in luck, since there’s quite a lot. The museum’s collection contains work from sculptors, painters and artists from other genres, with many specimens dating back as far as the 12th century.

Historical museum of Ukraine in the Second World War

The horrors of war impacted the country in many ways, but along with its strong-willed people, Ukraine survived. To mark the victory against Nazism, the museum was finally opened in 1981, even though plans for it were developed earlier in the century.

The museum itself is one of a kind to say the list. With a collection of more than 400 000 exhibits comprising both indoor and outdoor specimens, one can study the documents, photographs, letters, diaries as well as various military equipment from the period.

You won’t find a more real and authentic experience of what one nation had to endure during the biggest conflict in human history.

National museum dedicated to the victims of Holodomor

Continuing with the darker periods of Ukrainian history, it’s important to mention the National museum dedicated to the victims of Holodomor.

For those who don’t know, Ukraine experienced two major famines during the years of 1921 to 1923 as well as from 1932 to 1933, the latter of which is regarded as Holodomor by historians.

This horrific, man-made genocide was organized by the Stalinist leadership of the ruling Communist Party of the USSR and took the lives of more than 3 million people in just a years time.

Visiting tourists get the opportunity to experience nature as well as the consequences of the event first-hand. It should be obvious that some of the exhibitions are not for the faint-hearted, contributing to realness of the experience.

On a lighter note, if you want to experience the birth and development of Ukraine as a country, then your best bet is to visit the Museum of the History of Ukraine, aiming to teach avid fans of history the true story of the Ukrainian people.

From its exhibits, one will learn about how Ukraine developed as a society from the very oldest times of antiquity to the present day. The main exhibition is a beautiful slideshow that will take a viewer on a historical journey spanning more than 8000 years.

In this article, we’ve talked about some of the key museums that you should definitely visit when on a trip to Kiev. The city has many things to offer and one of them is definitely the opportunity to learn the fascinating history of Ukrainians.