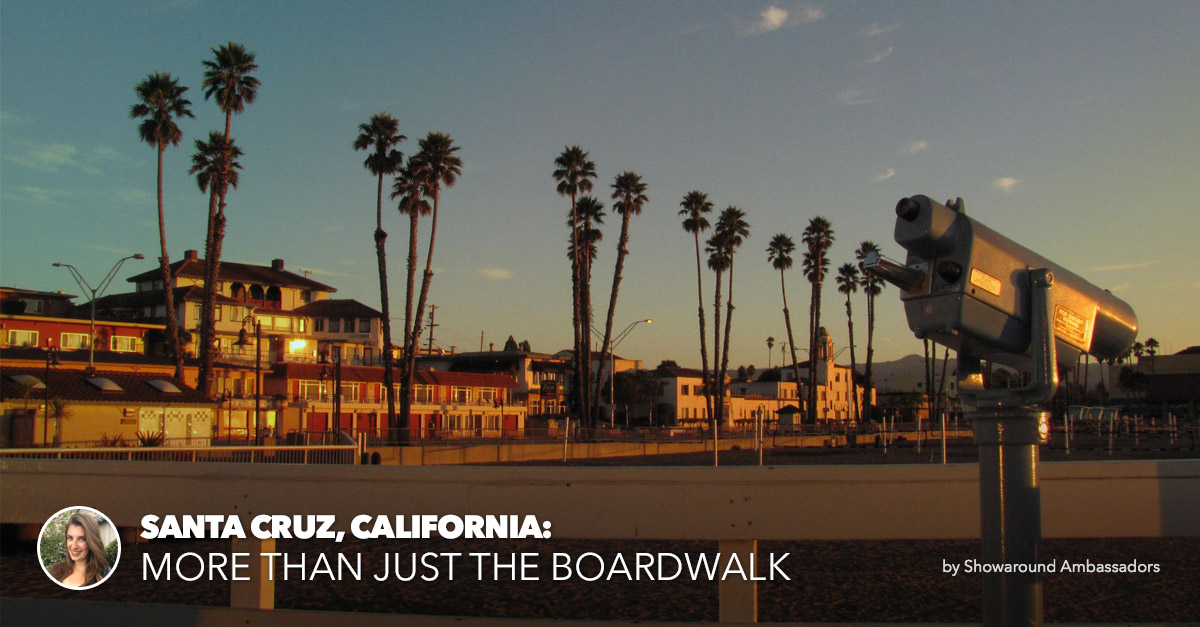 You may know of Santa Cruz, California from the shoutout the Beach Boys gave it in the classic surfer’s anthem “Surfing USA” or from the 80s vampire movie The Lost Boys. If you live in California, you’ve probably been to Santa Cruz once when you were 12 when your Aunt Vicky and your cousins came to visit from Virginia, and you all went to the Santa Cruz Beach Boardwalk—the only beachside amusement park in Northern California—to stuff your faces with cotton candy and ride the Giant Dipper ad nauseum. 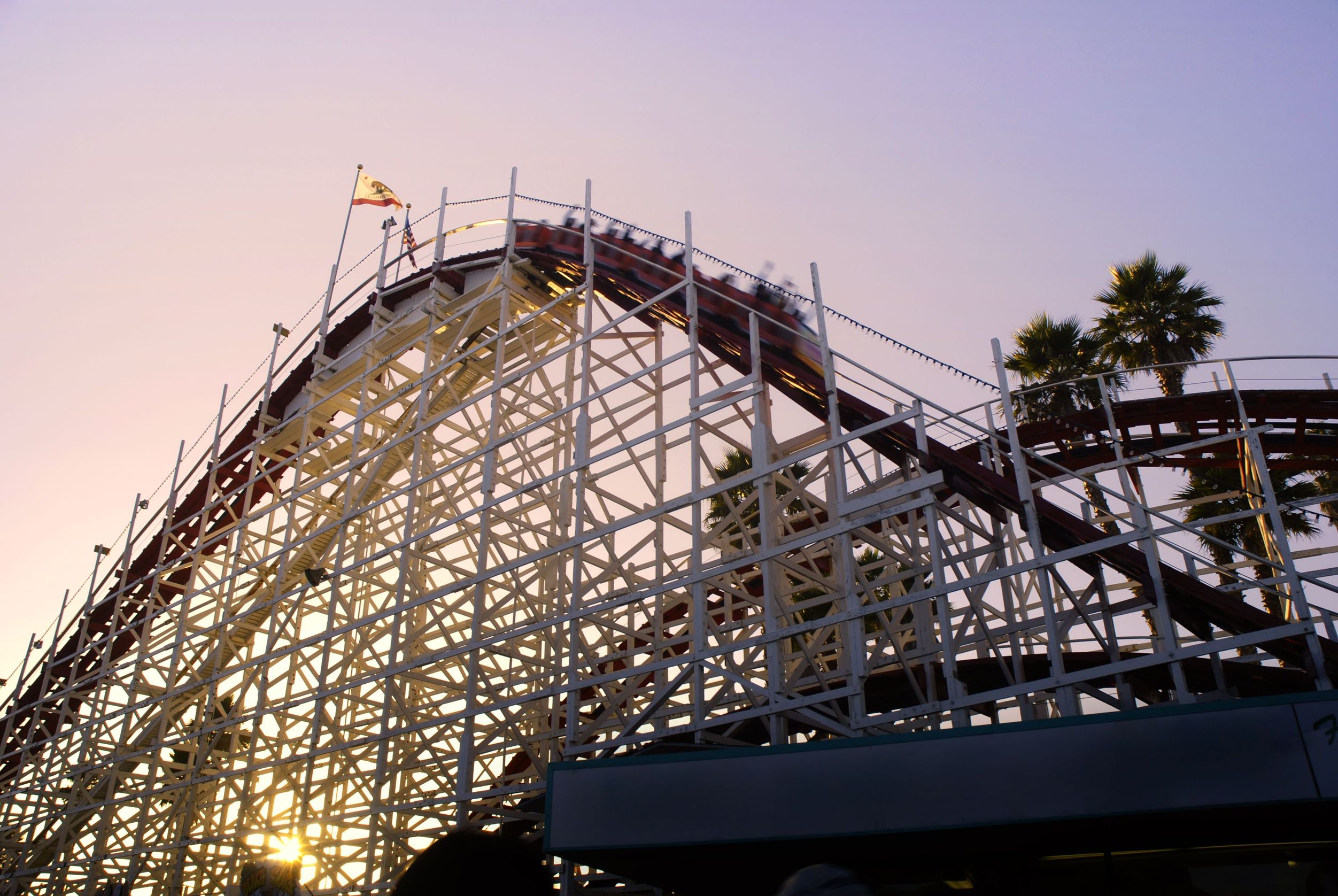 While the Dipper has always been my favorite way to get whiplash, there is so much more to see and do in Santa Cruz than the Boardwalk. (Although, pro tip, each ride is $1 instead of the normal $4-$6 on Monday and Tuesday nights in the summer.)

I was born in Santa Cruz, lived here until I was 19 years old, moved to Antigua, Guatemala, then San Francisco, California, then Barcelona, Catalonia, Spain, and now I’ve been back in Santa Cruz for a month. 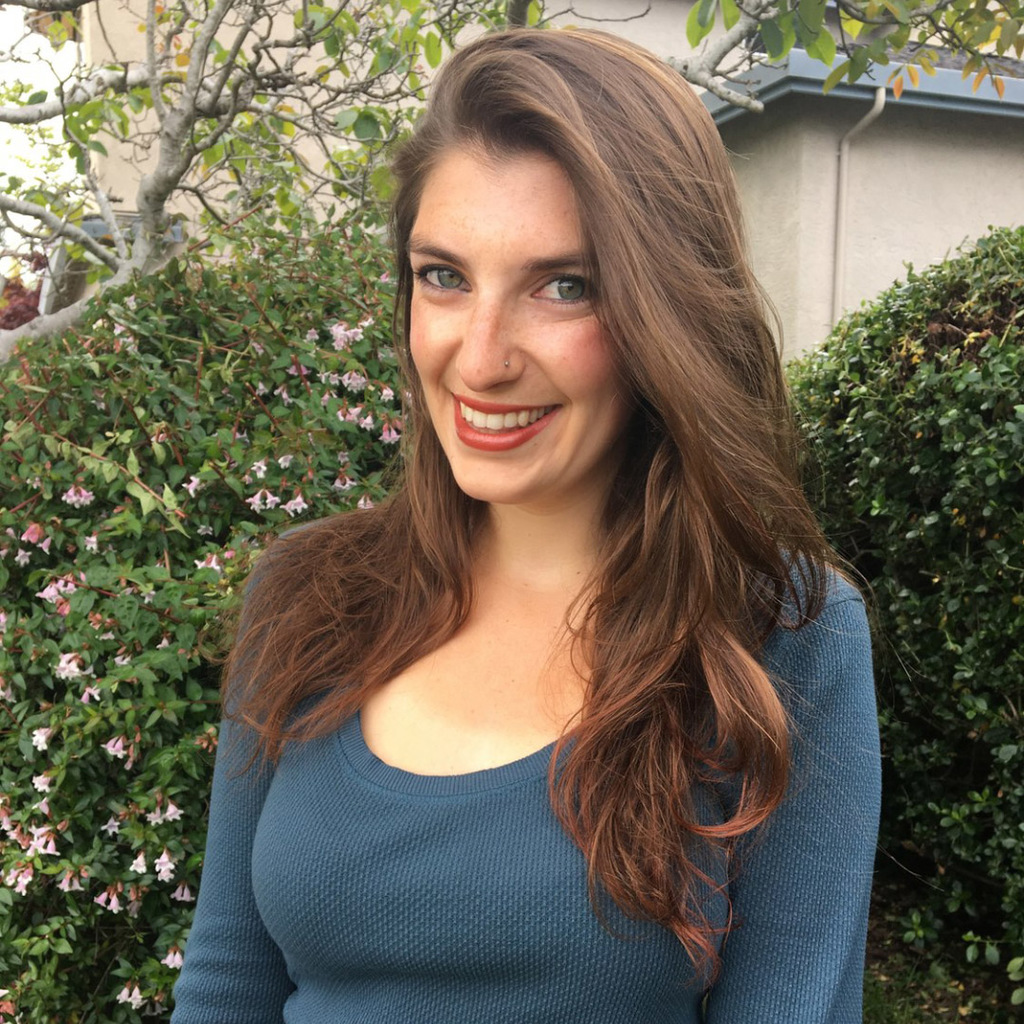 I love Santa Cruz because of its beautiful beaches, its quirky nature and its general laidback-ness. Shush, that’s a word. Whether you come to Santa Cruz for a spontaneous day trip with friends or for a weekend to meet up with Vicky and the cousins again, here are some ideas for things you can do on the cheap to make sure you have a great time in my pretty little hometown.

Oh yeah, and another pro tip - I know it’s by the beach, I know it’s California, but it does get cold sometimes. Don’t be one of those tourists who show up in shorts and end up having to buy an “I Heart SC” windbreaker.

I’m also a huge fan of the Palomar Taco Bar, the casual cousin of the restaurant by the same name. It has the best chips and salsa I’ve ever had, which you can enjoy for a $1 extra along with free water from the dispenser.

To access the taco bar, walk through Santa Cruz Coffee Roasting Co. (and stop in for a cup of locally-brewed coffee if you need an energy boost.) The taco bar can be found hidden in the back. 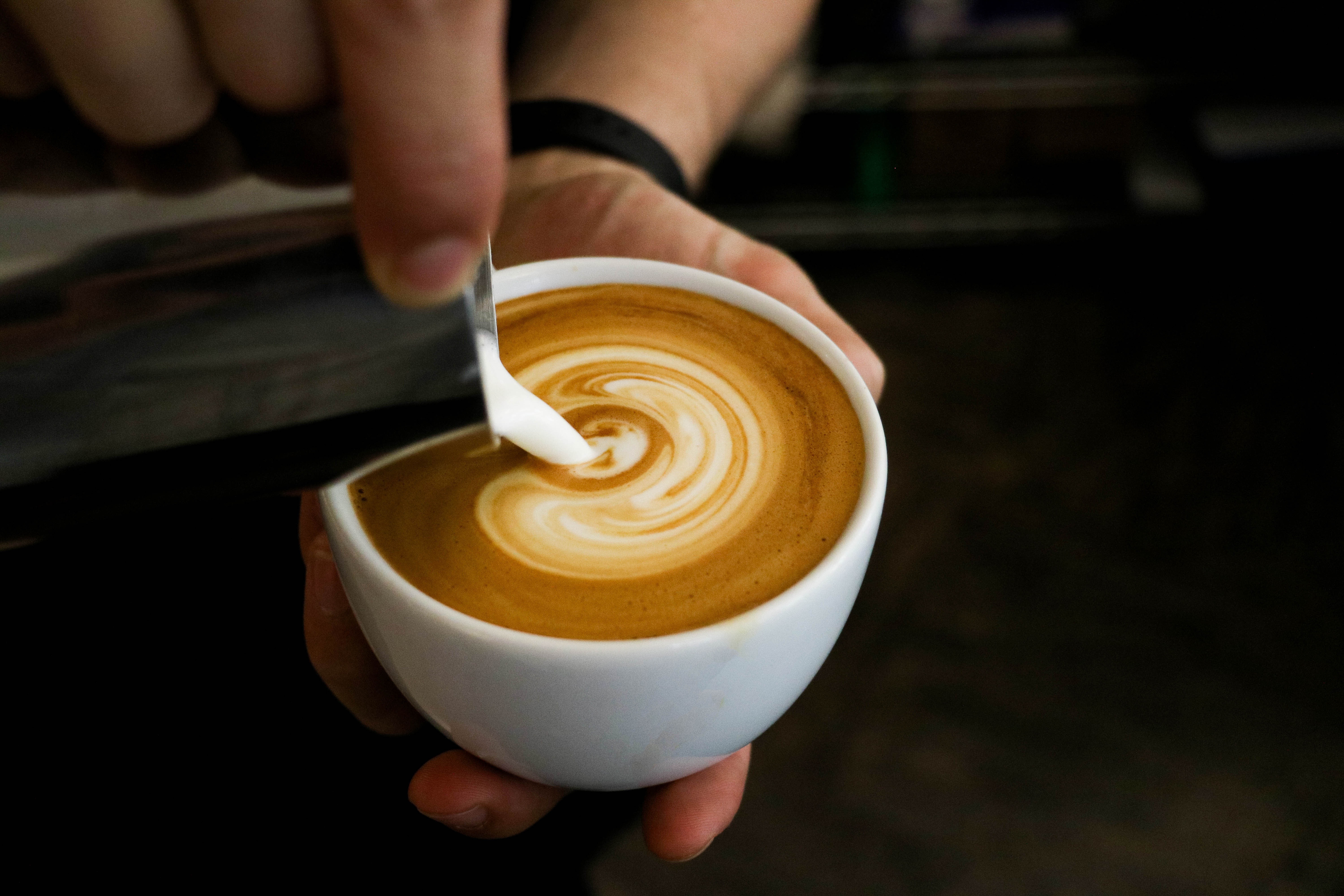 Also, side note, if you are in downtown Santa Cruz on the first Friday evening of any month, pop into the MAH (Museum of Art and History) and any participating locations to check out First Friday, which features art, special exhibits and sometimes enjoy free appetizers. It’s free and ends around 9.

It’s a pretty long walk, but you could walk from downtown to the Boardwalk. (Aunt Vicky’s going to want to go for old time’s sake.) After you’re done, you could walk along West Cliff, which is essentially a super long street that extends from Cowell’s Beach (“the Boardwalk beach”) until Natural Bridges State Beach, named for its, well, natural bridge formations that arch out of the sea. The street overlooks several beaches which are dotted with caves and tide pools. You can run down the cliffs onto the beaches and then run back up and keep walking. 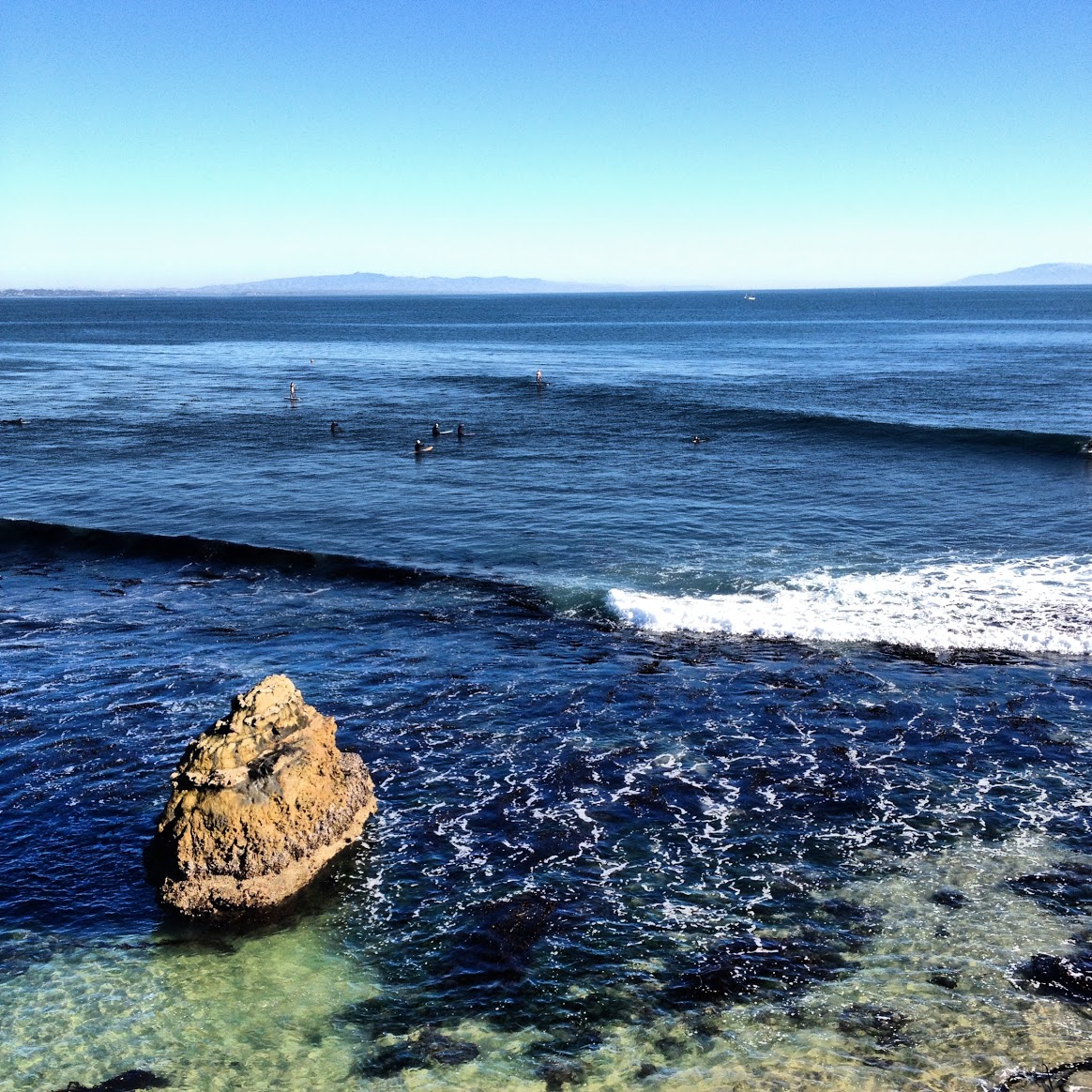 If you’re coming from Cowell’s, you’ll pass by Lighthouse Field State Park, which is home to one of Santa Cruz’s two lighthouses. Inside the lighthouse is the Santa Cruz Surfing museum, which is free and nothing to base your day around, but can be a short little stop on your way down West Cliff. The adjacent field is a popular surfer-watching spot too.

I am, it should be said, a sorry excuse for a Santa Cruz kid and only rode a surfboard once, for half an hour, in Spain three months ago, and I was terrible at it.

If you’re in Santa Cruz in October, check out the Natural Bridges monarch preserve. Each year, thousands of monarch butterflies flock to the preserve and hang out in the trees for several months, but the most can be seen in October, and it’s really cool. Both the beach and the reserve are free to visit. 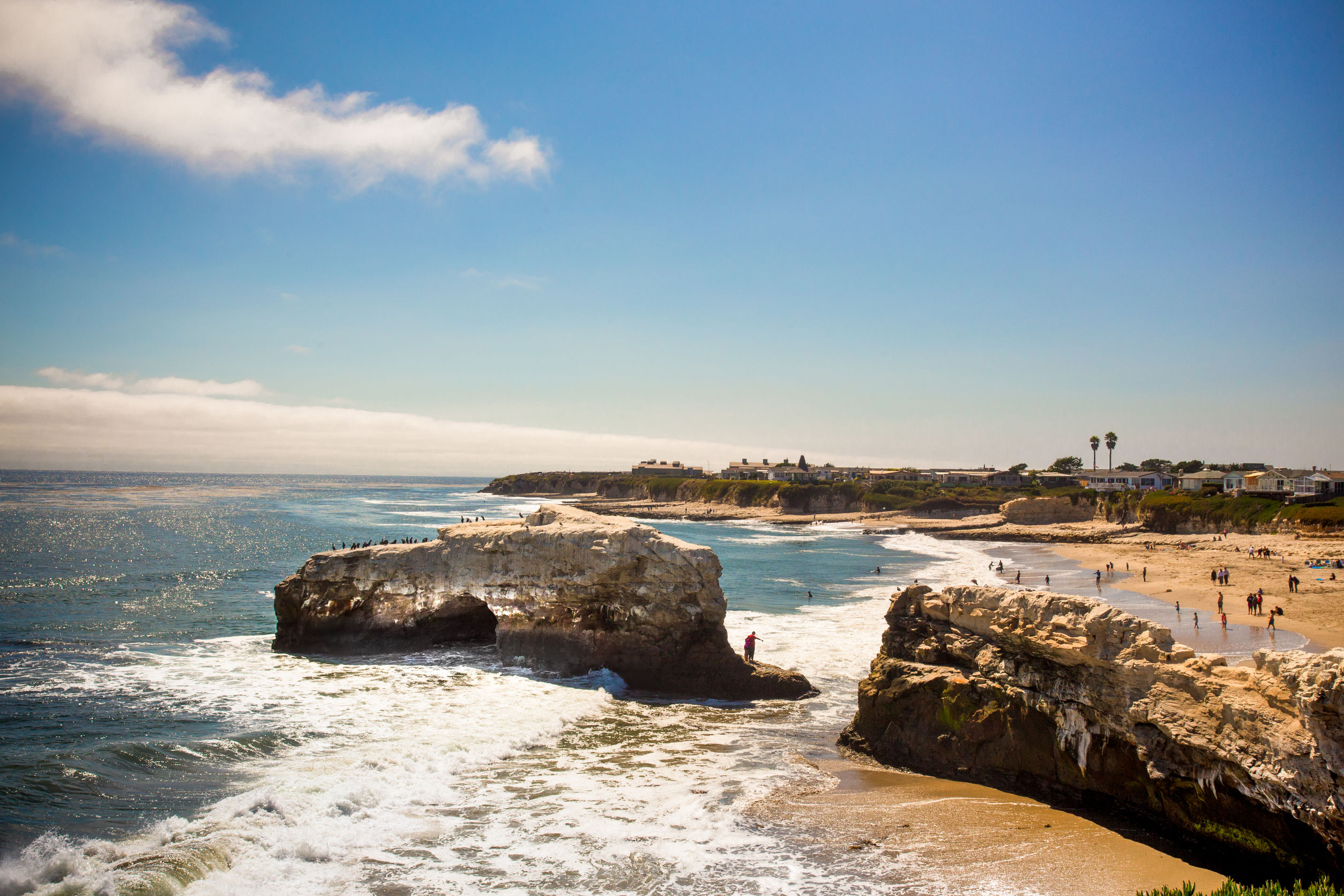 Santa Cruz is surrounded by some seriously beautiful state parks (Big Sur, Big Basin, etc.), but my favourite spot to go hiking in Santa Cruz itself is Nisene Marks, located in the neighbourhood of Aptos. It’s lush and green and has creeks. 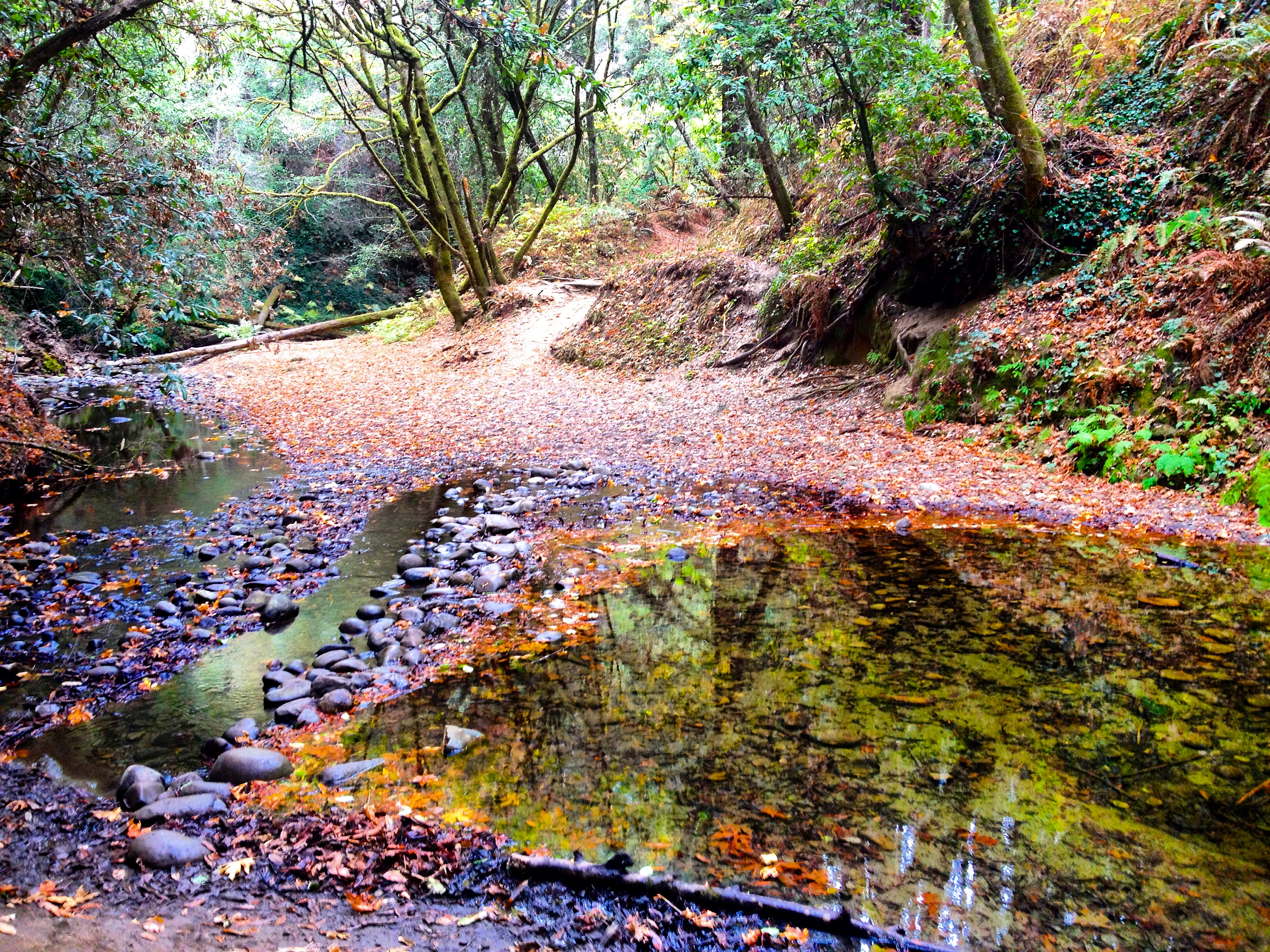 Here’s a couple more of my personal Santa Cruz favourites to inspire your trip:

Favorite “so Santa Cruz” restaurant - Saturn Cafe - it’s on the pricey side, but the food is delicious (esp. the milkshakes, nachos, garlic fries and desserts). It’s all vegetarian, and every table has a theme - under each clear table top are cartoons, action figures, and other random trinkets. The walls are also glittery and pink with pictures of Saturn all over them, which is dope.)

If you make it this way, hit me up! I’ll show ya how the locals do it.

Showaround Ambassador: Jessica Nemire graduated from San Francisco State University in 2016 with her bachelor’s in journalism. She’s been a vegetarian for almost her whole life and loves the beach, going dancing, cheese, and meeting new people. She’s been to 15 countries and keeps a travel blog, or follow her on Instagram.