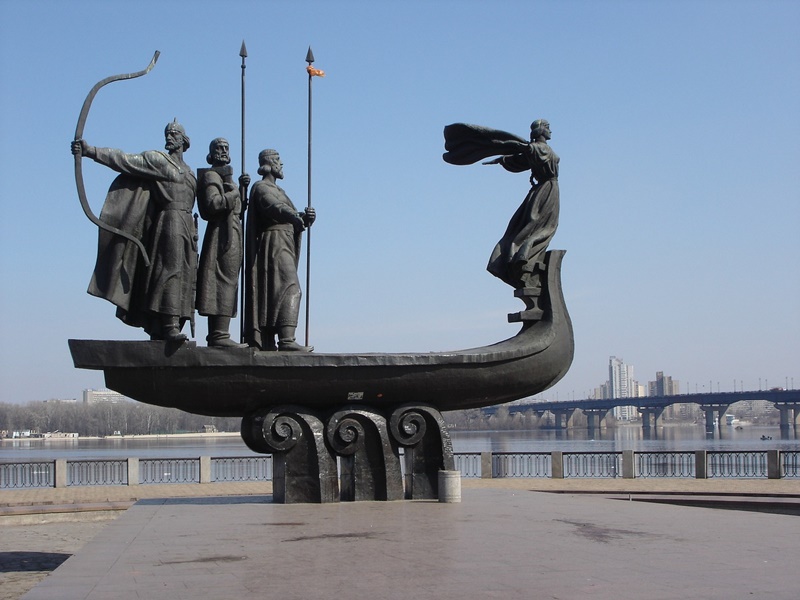 When we choose to travel, we often try to go somewhere new to see what that place can offer us. Some of us go to typical destinations in countries like France, Italy or Spain, while others look for something out of the ordinary.

It could be said that in many aspects, Ukraine is an undiscovered gem when it comes to European tourist destinations. Its rich culture and history, paired with the nation's unmatched hospitality to foreigners make it the ideal place for those looking to experience something new in their travels.

In this article, we’ll briefly talk about the 5 must-see historical sites in Ukraine for every traveler. These places, in our opinion, perfectly capture what the country and its culture are all about.

Looking for someone to show you around? Check out our Kiev tour guides.

No historical artifact better captures the importance of religion and its influence on the country’s culture than the Cathedral of St. Sophia. A protected UNESCO World Heritage site since 1990, it is in fact, the oldest church in Ukraine, built by the Grand Prince of Kievan Rus Vladimir the Great in the 11th century.

The stunning, gold-tipped building clocks in at about 29 meters in length and width. Thus, continues to amaze the eyes of both locals and visitors alike. Few other cultural objects in Europe can match the presence of this Byzantine and Baroque-style monument located right in the center of the city.

Not far from the Cathedral, you could witness another stunning religion-related monument that Kiev has to offer. This Baroque-styled landmark of cultural heritage was constructed back in the 18th century by a team of Russian, Ukrainian, and foreign masters of architecture.

Both on the exterior and interior, it will be greeted with vast, golden-styled structures aimed at celebrating St. Andrew - one of the most important apostles of Jesus according to the orthodox in teachings.

Beautifully maintained since the day it has opened its doors, this French Neo-Renaissance inspired architectural masterpiece was completed in the late 19th century.

Its significance to the culture and history of Ukraine could be partly attributed to the efforts of those who managed to attract the most talented singers, poets, and actors to perform in the venue at the time.

To this day, it remains the place to go to experience the magic of a quality ballet or opera performance by the local crop of talent.

Quite simply, it’s the center of Kiev. But to many locals, it’s much more than that. Since the early 1990s and the collapse of the USSR, the place has been an important place for protests and political rallies for many Ukrainians.

In fact, much of the political change in the country could be attributed to the place including the anti-soviet gatherings in 1990, the orange revolution of 2004 as well as Euromaidan of 2013-14. For tourists, it could be the perfect place to start their visit around Kiev.

From an entirely architectural point of view, the visitor is greeted with an incredibly vast area from which many parliamentary buildings are visible which will certainly put a feeling of awe on to the observer. The most important piece here is of course the monument of independence symbolizing the unity and freedom of Ukrainians.

While a remnant of the soviet period of Ukraine, which many locals would like to forget and move on from, its pure presence cannot be denied. The stainless steel monument stands at an impressive 102 meters in height and was created in honor of more than 11,000 soldiers who died during World War II fighting on the Soviet side.

Built in 1981, the monument still stands strong, even though it has garnered controversy on a number of occasions for being seen as a symbol that glorifies the Soviet period. As a tourist, you should definitely visit the monument while you have the chance.

Today we’ve talked about 5 historical monuments in Kiev that are certainly worth the visit. Each of these places is an important part of the countries past, so visiting them will certainly paint a clearer picture of what Ukraine and particularly, Kiev, is all about.