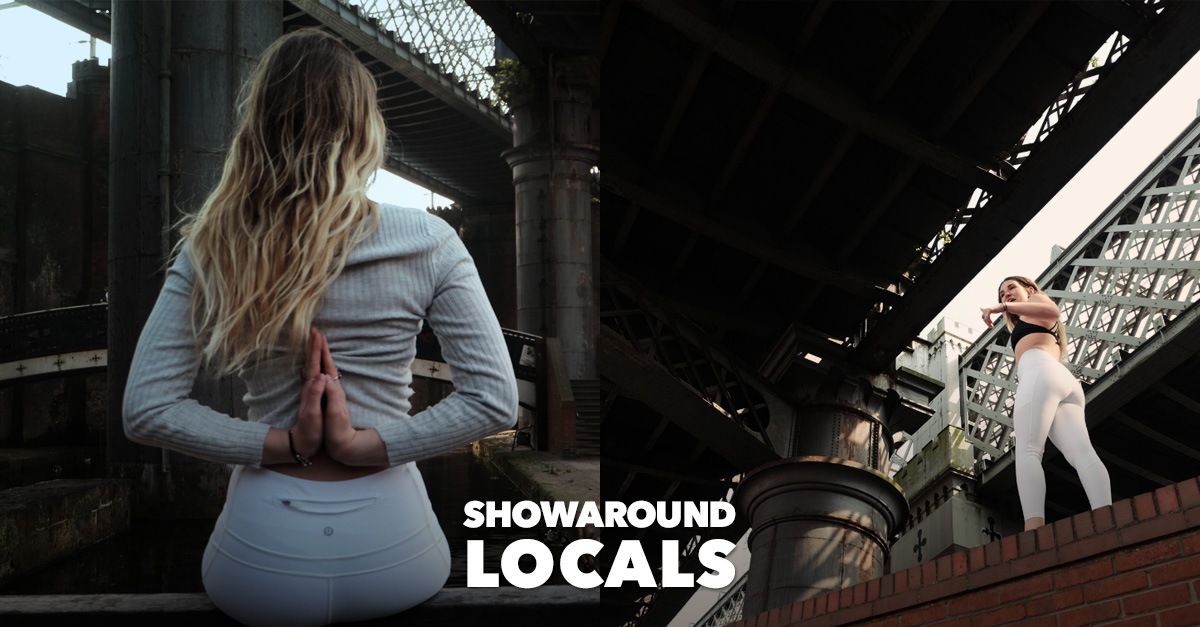 Background: Meet Tyler, a Showaround local from Manchester, who has spent all her life in the city. Even though travelling is one of her greatest passions, Tyler never questioned returning to Manchester, and this was mainly due to the immense and infectious love she has for her hometown. Professionally, Tyler juggles teaching yoga and contemporary dance as well as working full-time, and on top of it all, she also finds the time to show off her favourite parts of Manchester. The city is overflowing with creativity and arts, and Tyler is the local to meet if you’re interested in theatre, yoga, dancing, painting, in addition to just generally having a good time. 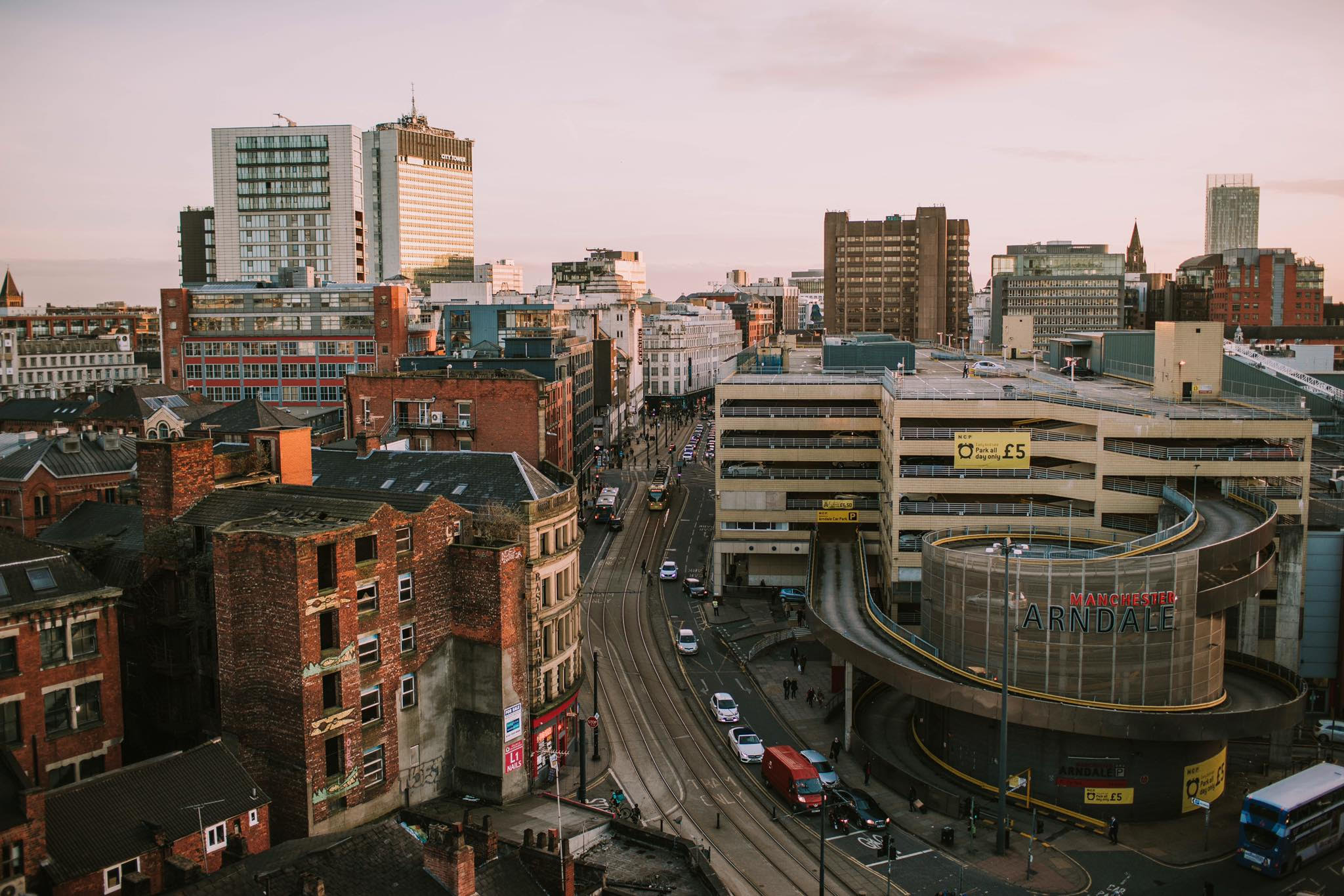 Showaround: Why did you decide to become a Showaround Local?
Tyler: When I became an avid traveller, meeting locals became a huge part of the adventure whenever I travelled somewhere new. I found that most of my memories included locals of some sort sharing their secret spots with me in such a humble and heart-warming way that it became almost impossible not to provide the service myself.

I was once told that the magic of the person is found within their home and my home, no matter how many countries I travel to, will always be Manchester. Because I was born and bred here, I found Showaround to be an exciting opportunity to mix with travellers far and wide, and show them the real face of my city, and not just where the tourists go. 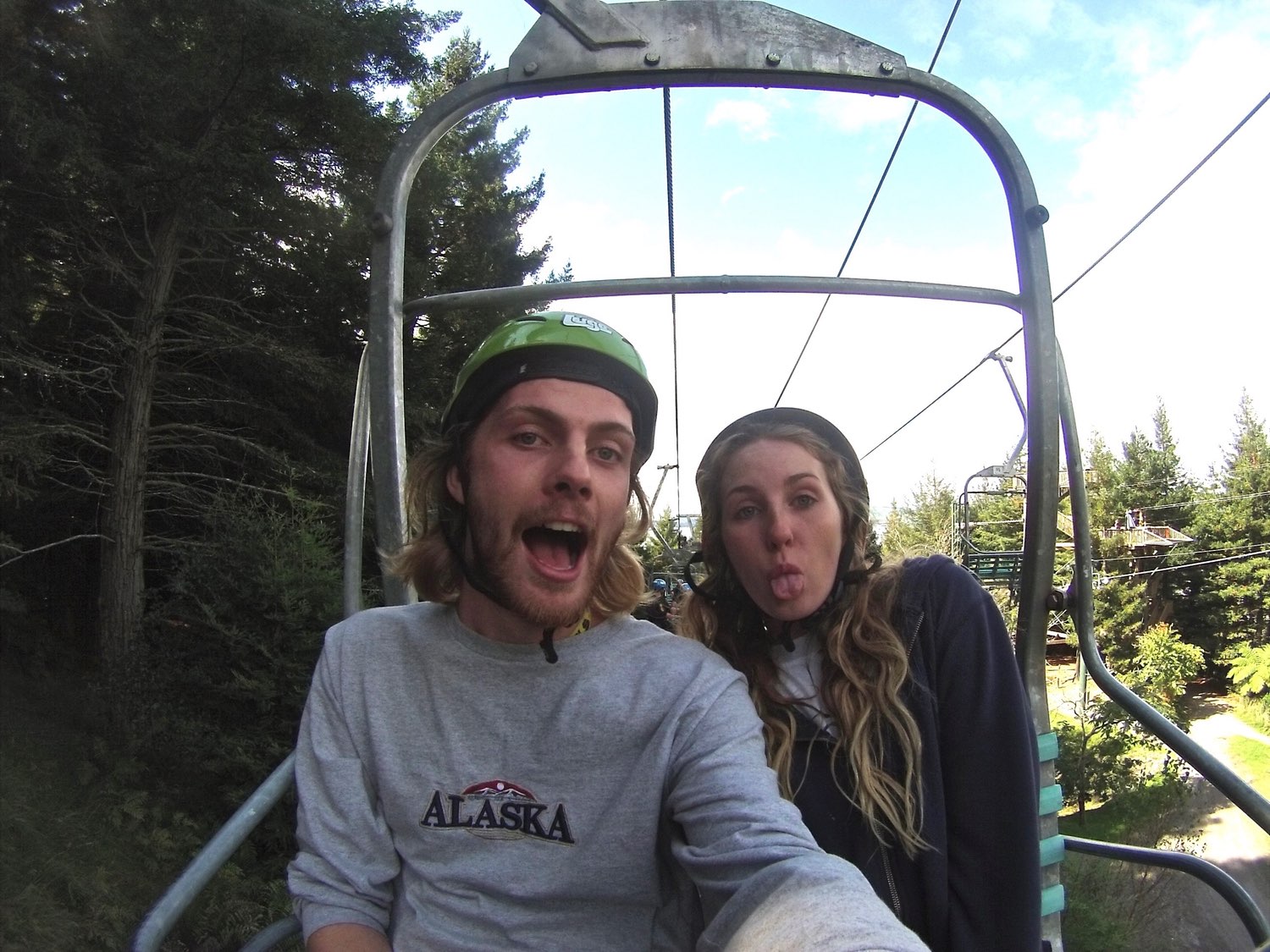 Showaround also caters to you as a human being and not just as a traveller. I train a lot in both yoga and contemporary dance and on top of all of that I have a full-time job, all of which can be very hectic. Being able to work around that and show people the city on my own time really spoke to me.

Showaround: Name three super local things to do in the city?
Tyler: Manchester was named in Lonely Planet's list of top cities in the world to live and visit. Apart from its awesome people and funky Art Deco style buildings, there is an endless list of places you could visit and never get bored of. People who haven't been to Manchester don't really understand that this city has hidden gems in the strangest of places. It's like a never-ending treasure hunt. 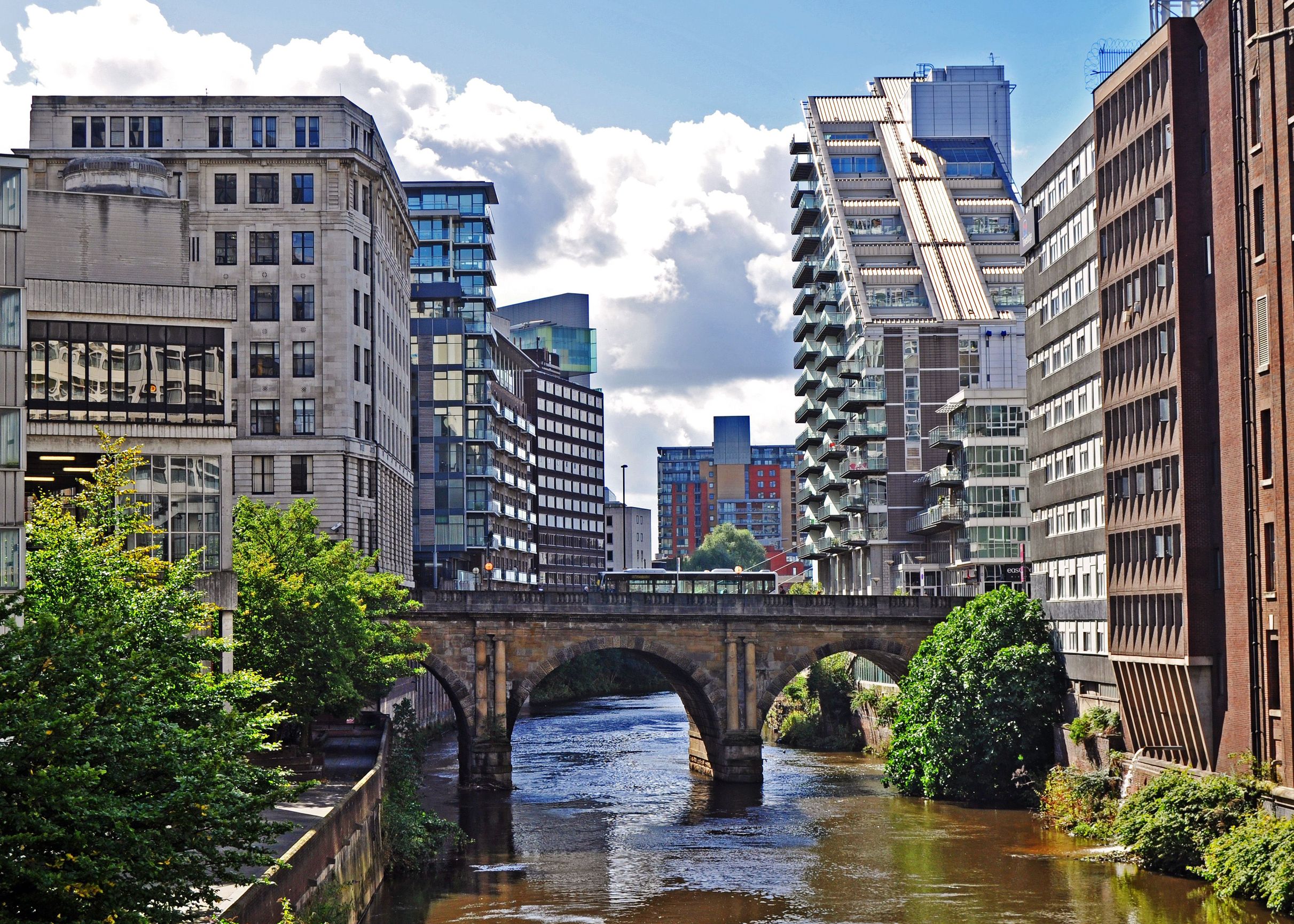 The Northern Quarter seems to pick people's brains when they come here, and it's not the self-renowned barbers, boutiques or the cute cat cafes that catch your eye. It's the art that surrounds the city that creates life beyond its people. The Northern Quarter is known to be the new Melbourne due to the high amount of artwork and graffiti that’s painted on the buildings and the number of art galleries on its perimeter. Personally, I think we do it better than Melbourne. The art comes from locally sourced artists found in places like Affleck Palace or students from Manchester Museum of Art. Secretly everyone is an artist in his or her own way here.

Also, Manchester and its locals create a welcoming atmosphere as soon as you pass the gateway into its realms. My favourite part of being from this place is our attitude towards diversity. Diversity resides quite strongly here, welcoming people of all walks of life into its clutches and creating homes for everyone.

It's hard to find racial tension here as everyone respects everyone, no matter what culture they came from originally or what they have converted too over time. The best part about this is that everyone loves to socialise with what is mostly a cold one at the nearest bar. I dare you to go out here and find one Mancunian who doesn't ask you to go for a beer and sit in the sun around Atlas bar overlooking Deansgate locks after a hard day at work.

The best quality we have as humans is to have the compassion for the people around us. The city centre is saturated with students, business managers even teachers and local riff-raff, especially on a hot day. We are the one population that can create friendships from standing on street corners and actually talking to strangers. Pretty crazy, right?

When it comes to super local things to do in Manchester, yoga is the happening thing right now. You may think I'm crazy, but every man, woman, and baby seem to be rolling up with yoga mats in hand for a crazy session after work. I tend to spend a lot of my time surrounded by creative people as it gives me the flow that I need to work on my own projects which all happens to be in studios. The recently opened Life Centre is one of my favourite spots as it provides classes for different levels and types of yoga, and the atmosphere is very welcoming too.

For more cultural insights, the Manchester Museum Of Science and History happens to be my favourite museum to visit due to its high volume of contrasting skeletons and earth saving information that makes people more aware of the issues going on with our planet. The museum itself is modern in the way that it almost looks like a gallery with paper planes and fairy lights scattered amongst the walkways.

After your brain is flooded with information on how we can save the next generation of animals from becoming extinct, they have turned a corner of the museum into a habitat centre for rare frogs from Brazil. I don't personally believe in zoos, but this place creates wonder and excitement all at the same time. If you get tired of staring at lizards and stuffed animals found in the glass crates, they have a contrasting section filled with crystals from all over the world, explaining how they work and where they are found.

Showaround: Favourite restaurant?
Tyler: Food happens to be the most treasured part of our culture. As I said before about diversity, we use it to our upmost strength by bringing foods from all over the world and incorporating them into our own dishes. My favourite happens to be a small place called Rudy's, a small Italian pizza joint found in the centre of Ancoats. This place is minimalism at its best. And I'm not just talking about the interior or the uniforms but the menu itself. People queue for hours to get a pizza from this place. 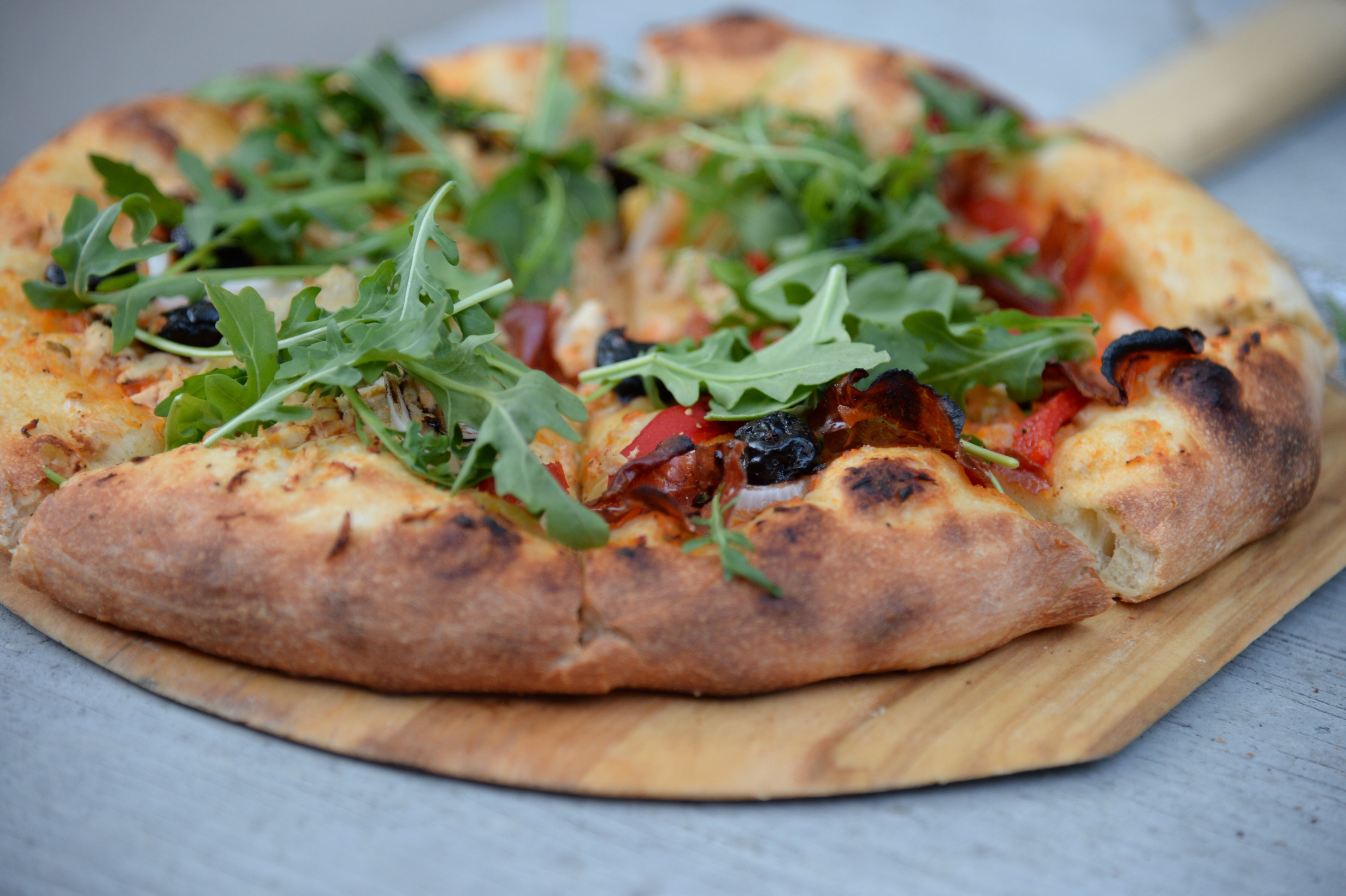 When I first came here, I found the menu to be minimal, but the pizzas were huge. For a place with this much traffic, it's filled with broke students to retired millionaires, and they even serve pizza from £4.90. My recommendation is the simple Margarita, served by Italy's finest chefs. Even my clients from Showaround found this place to be a diamond hidden in the rough.

Showaround: Best place for a drink?
Tyler: Everyone loves a drink in Manchester. I think it actually counts as one of our best qualities now as we have some of the most successful bars going. My mum happened to show me a pub called the Refuge on Oxford Road, which is a refurbished hotel from the 1900s. The place has a colourful interior enhanced by its wide range of spirits spread across a high bar centred in the main part of a huge room.

Behind the bar, there's a secret oasis in the midst of the chaos. Situated in the centre of the building is a greenhouse filled with trees covered in fairy lights and a huge window falling from the ceiling. You can eat here or just enjoy a cocktail made by one of the crazy people working behind the bar. The atmosphere in this place is all you need to get ready for a night filled with laughter, stylish drinks, and good company.

Showaround: What about the nightlife?
Tyler: Flats are essential on a night out in Manchester; it doesn't matter how much it doesn't suit your outfit, it's like being in New York but a lot smaller and maybe a lot rowdier. There are so many bars situated right on Deansgate that most likely you will not hit them all in one night.

We have such a range of places, everything from high end ones like the Botanist (if you’re heading there you should dress to your utmost sass with the sexiest red LV heels you've got); to the lower end hangouts, which anybody can rock up to in trainers and jeans and still have a crazy night in Font.

Showaround: How would you describe the local people of Manchester?
Tyler: The people of Manchester are one of a kind. I can say this as I grew up in its surroundings. We have so much talent filling the streets that no-one knows what's next on the agenda.

We may not have a beach or the best skyline, but we have the most energising city that is constantly keeping people on their toes. More and more travellers are starting to put it on their bucket lists because they want to see what this magical place has to offer. 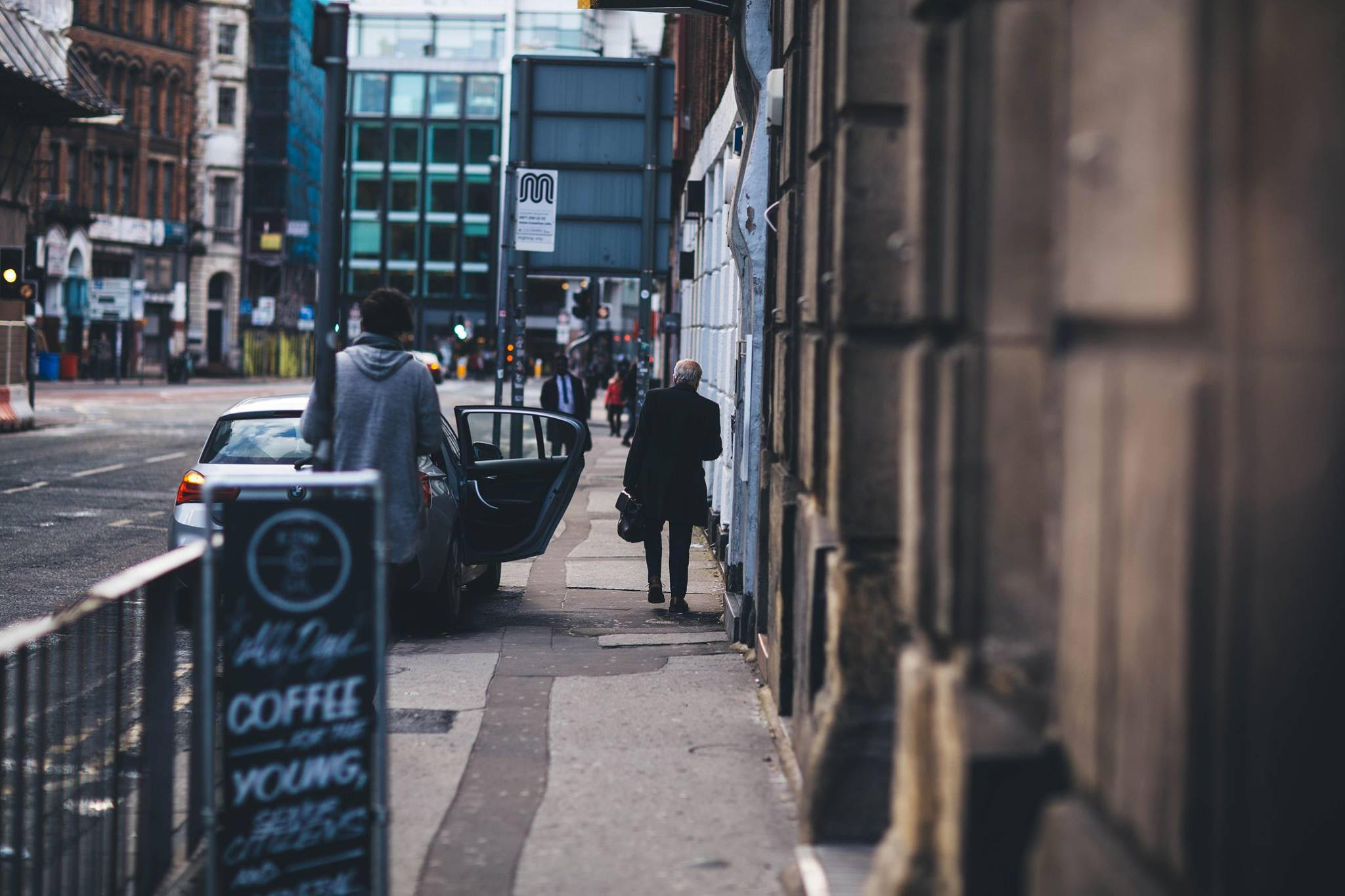 We may still be small in terms of institutionalisation, and we may not provide the great depths that London has to offer but we fight for our city, and we try to build on what great people have done before.

Manchester never leaves its people and the majority of the time the people don't leave Manchester.

Manchester never leaves its people and the majority of the time the people don't leave Manchester. Obviously, we have issues with the homelessness which is becoming a concern, but we are trying to build a nation that we once were.

You never know what's round the corner with this place, it will either make you who you are or drive you away, but you’ll never forget that all-embracing and buzzing energy that Manchester has.

Showaround: Thank you Tyler for your answers and Jay Trann for the stunning photos!