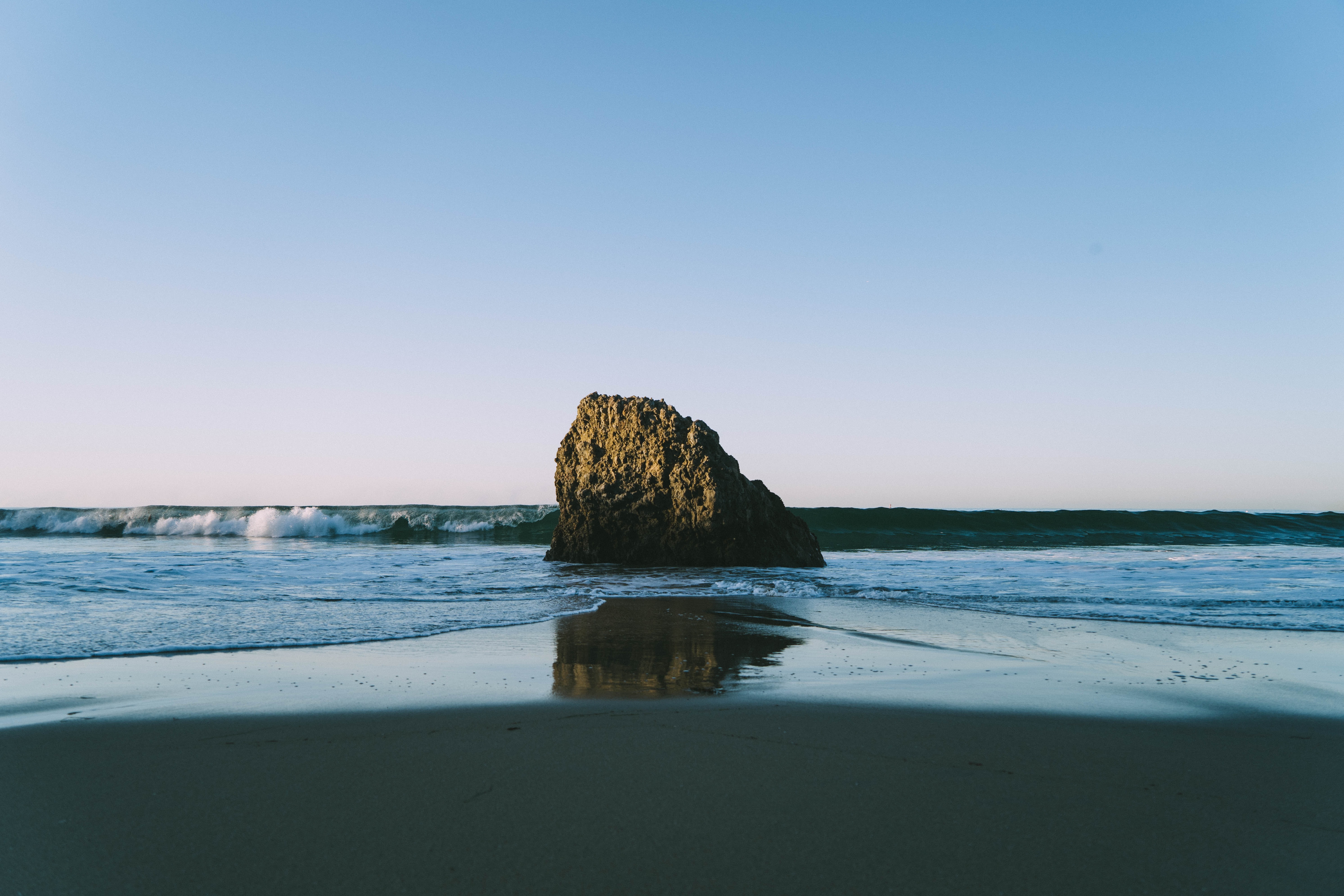 With Spring Break right around the corner, many Americans and international travelers are setting their sights on the beach. Spring Break holidays are staggered throughout the country, starting in early March and going through late-April, though the true U.S. beach season kicks off over Labor Day (the last Monday in May) and runs until Memorial Day (the first Monday in September).

Want to beat the crowds? Plan a trip for the shoulder season in late-spring and soak up the beauty of these American beach destinations.

A favorite destination among inhabitants of the Southern states, the beaches of the Florida Panhandle are paradise personified. From Northwest Florida Regional Airport, it’s a quick 25-minute drive to the area dubbed South Walton, also known to locals as “30A,” a 26-mile stretch of sandy coastline abutting the mesmerizing emerald-and-turquoise waters of the Gulf of Mexico. Here, the water is so clear, you can see everything that swims beneath the ocean’s surface. Thus, dolphin and devil ray sightings are many.

The communities comprising 30A each have their own identities, too. If you want to feel as if you are on an upscale Greece vacation, book a place to stay in the ritzy Alys Beach community. Want more of that surfer vibe? Grayton Beach is for you. Traveling with your family? You can’t beat Santa Rosa, Seagrove or Seaside.

By far America’s most exotic asset, Hawai’i was the 50th and final member admitted to the Union in 1959; it’s also the country’s only island state. Though Hawai’i spans 137 islands dotting a long stretch of ocean, only seven are permanently inhabited, and five of those consistently bring in tourism year-round, thanks to mild temperatures and ever-present sun.

Just don’t go to Hawai’i expecting the islands to boast all-white sandy beaches like those of the Gulf. The isles are volcanic, and on the Big Island (also referred to as just Hawai'i), in particular, you’ll find much of the coastline to be black sand made of basalt and created by lava flowing into the ocean. It’s a different kind of beach vacation, and an equally spectacular one nonetheless.

The Big Island is almost otherworldly with its lava fields and stunning Hawai'i Volcanoes National Park, while Oahu—home to the state capital, Honolulu, and Pearl Harbor—has the monstrous waves along the North Shore and, therefore, draws some of the world’s most serious surfers. Travelers flock to Maui to drive the iconic Road to Hana, while the Garden Island, Kauai, is the sleepiest of the main tourist attractions and the perfect place to retreat for some serious R&R (and a scenic helicopter flight over the dramatic cliffs and magnificent terrain if that’s in the budget).

Though California is not, in fact, all bikinis and board shorts, the southern part of the state does boast a playground for surfers. Fly into Los Angeles International Airport, then vacate this busy corridor to start your beach-hopping in the artsy town of Santa Monica, one of LA’s trendiest neighborhoods, and bohemian Venice Beach, where all the musclemen, skaters and acrobats congregate beachfront.

From there, venture south along the coast to Orange County—yes, home to those housewives—making sure to hit up Crystal Cove State Park with its thick seagrass, sparkling tide pools and rocky outcroppings teeming with mussels. Further south from there, you’ll find Carlsbad with its iconic flower fields (open March through May) that color the cliffs high above the Pacific Ocean, then eventually hit San Diego, the ultimate in chill California surf towns.

The Georgia and South Carolina coast

Just 20 minutes outside of historic Savannah, one of the United States’ oldest cities, lies a sleepy beach town, Tybee Island, peppered with gorgeous tracts of unblemished sand, wildlife-filled marshes, and a stately 1700s lighthouse that was the site of a major turning point in coastal defense during the Civil War, with the bombardment by Union troops of nearby Fort Pulaski introducing the rifled cannon to the world of warfare. Tybee offers the perfect balance of city life in Savannah with beach getaway vibes on the island, which is filled with brightly-painted cottages available for rent.

Two hours up the coast, you’ll find Charleston, South Carolina, which is flanked by popular beach towns such as Folly Beach, Sullivan’s Island and Isle of Palms. Perhaps the area’s best-kept secret, Edisto Island’s Botany Bay Plantation stretches 3,363 acres along the Atlantic Ocean coast and is famed for its Boneyard Beach—a deserted stretch of shoreline punctuated by tidal pools and ghostly, hollow-tree skeletons—where families frequently comb the sand for massive shells and fossils. This area is also rife in wildlife like deer, turkeys and bald eagles.