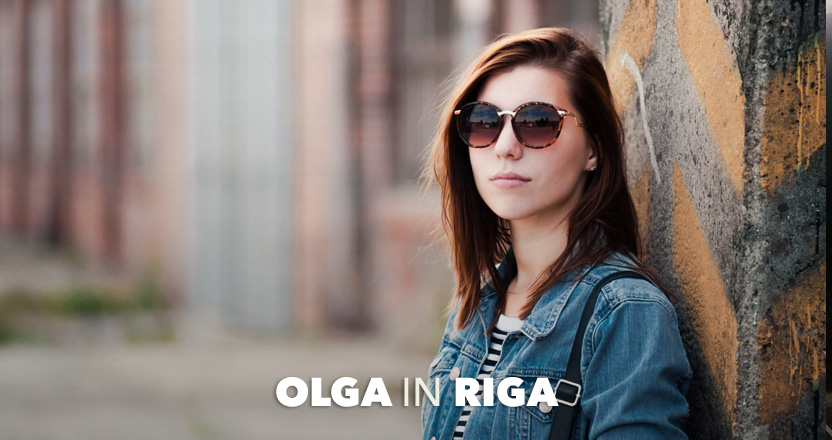 Lonely Planet recently ranked Latvia #5 in their list of the 10 best countries to visit in 2016. Its capital Riga was pronounced one of the 10 best cities to travel to in 2014, as well as one of the best European destinations to visit in 2015. The Guardian is writing about Riga. The Telegraph is writing about Riga. It seems that both the country and its capital are finally getting well-deserved recognition, outshining the oh-so-known cities like Paris, London, or Berlin. 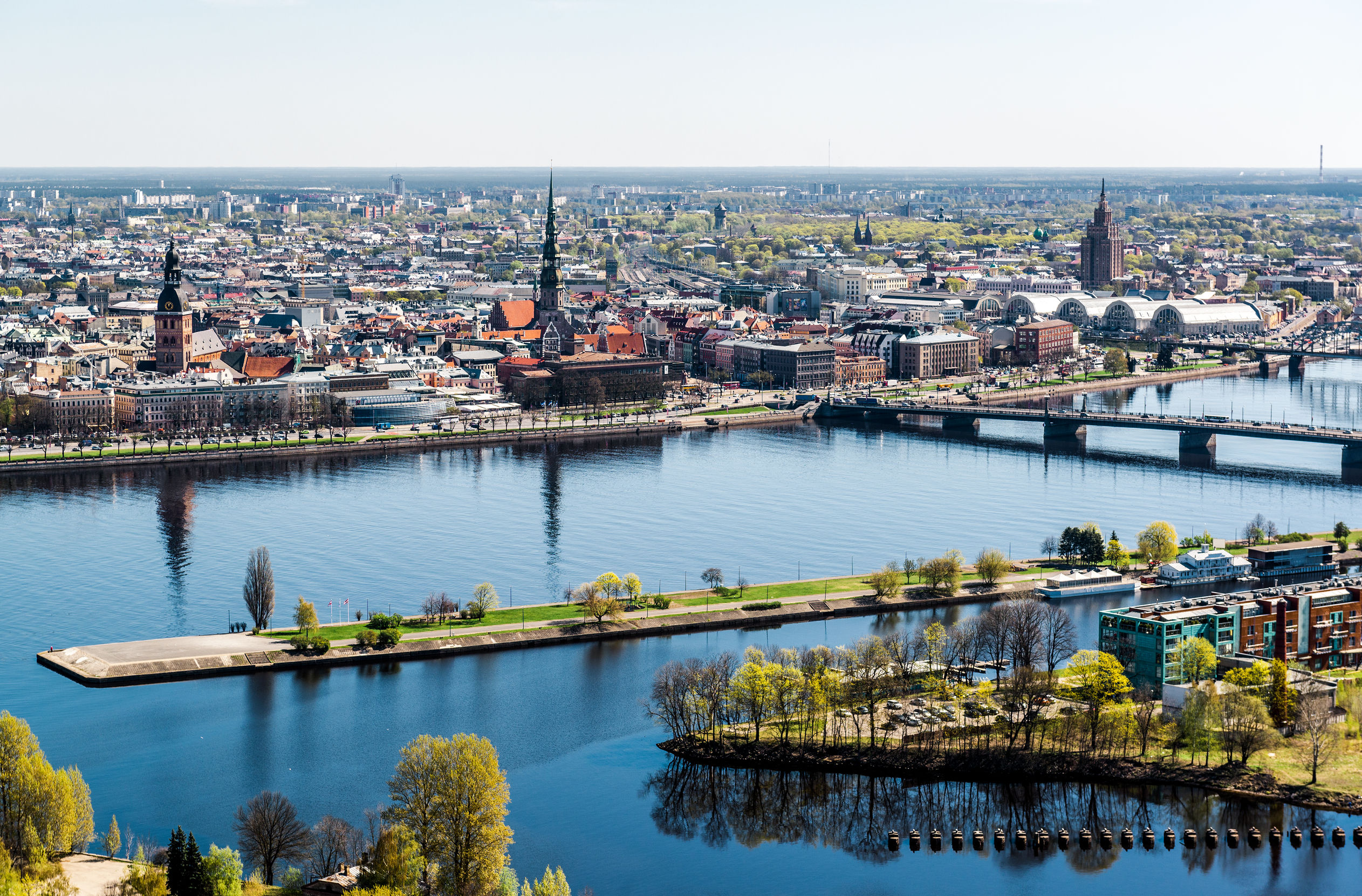 People need something new. They need a new it-city. With little narrow alleys — which transport you back to the Middle Ages — fancy neighbourhoods with elaborate-looking buildings and post-Soviet industrial districts, Riga has it all.

So if you’ve been looking to visit the city, read on to find out why everybody is talking about Riga and what’s there to see!

Travelling through the centuries

Riga's contemporary popularity has historical roots. Back in the day Riga claimed its fame as a respected member of the Hanseatic League that connected merchants all over Europe. Riga has therefore preserved many historical buildings that can tell long and interesting stories to those curious and attentive travellers.

Have a look at Three Brothers, for instance — the oldest complex of residential houses in the city, it shows how people used to live back then. 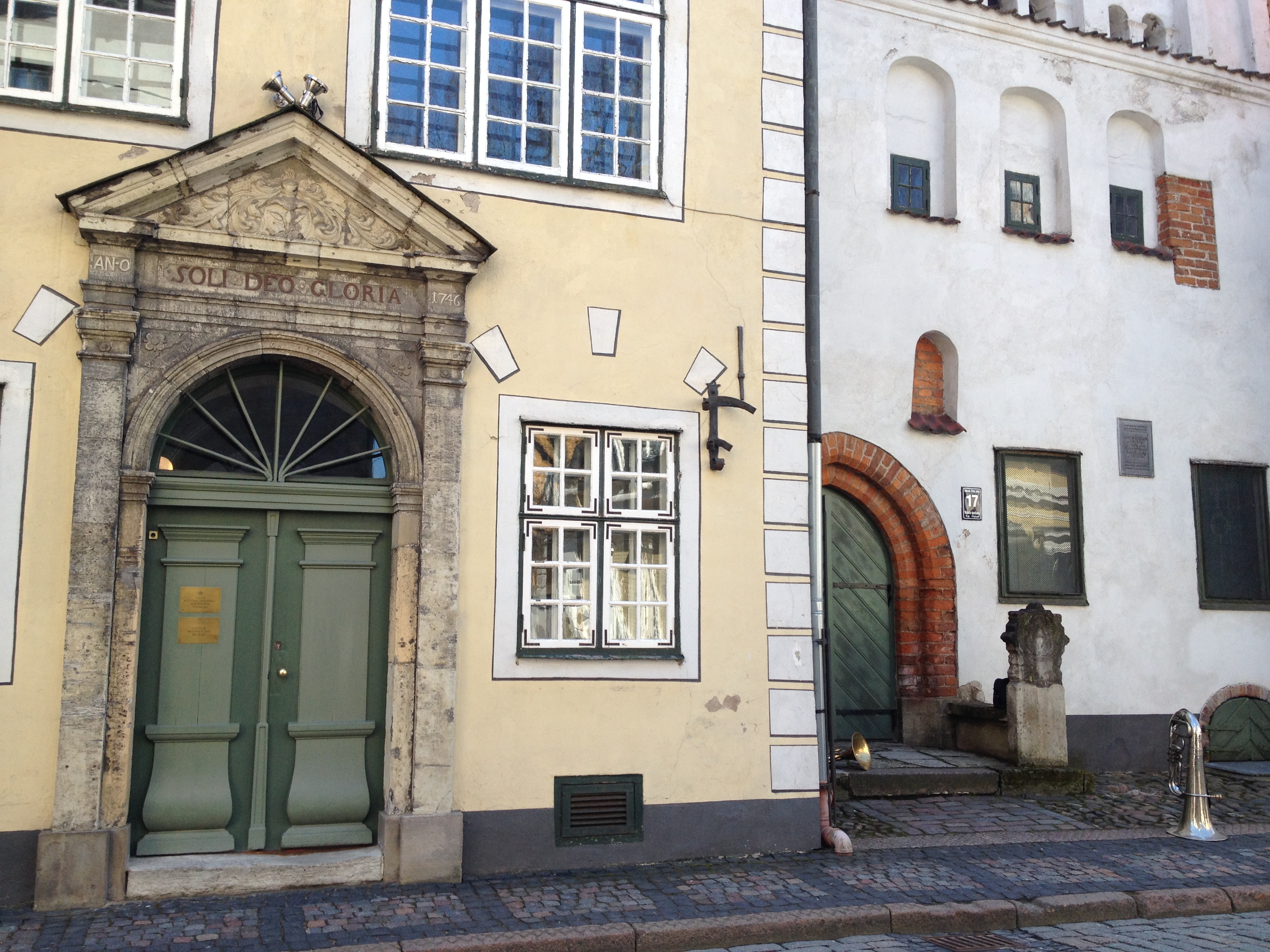 The House of the Blackheads at the main square is a must-see as well, with its monumental appearance, gorgeous Astronomical Clock, stunning statues, and golden roof; everything about it screams “dandy”. 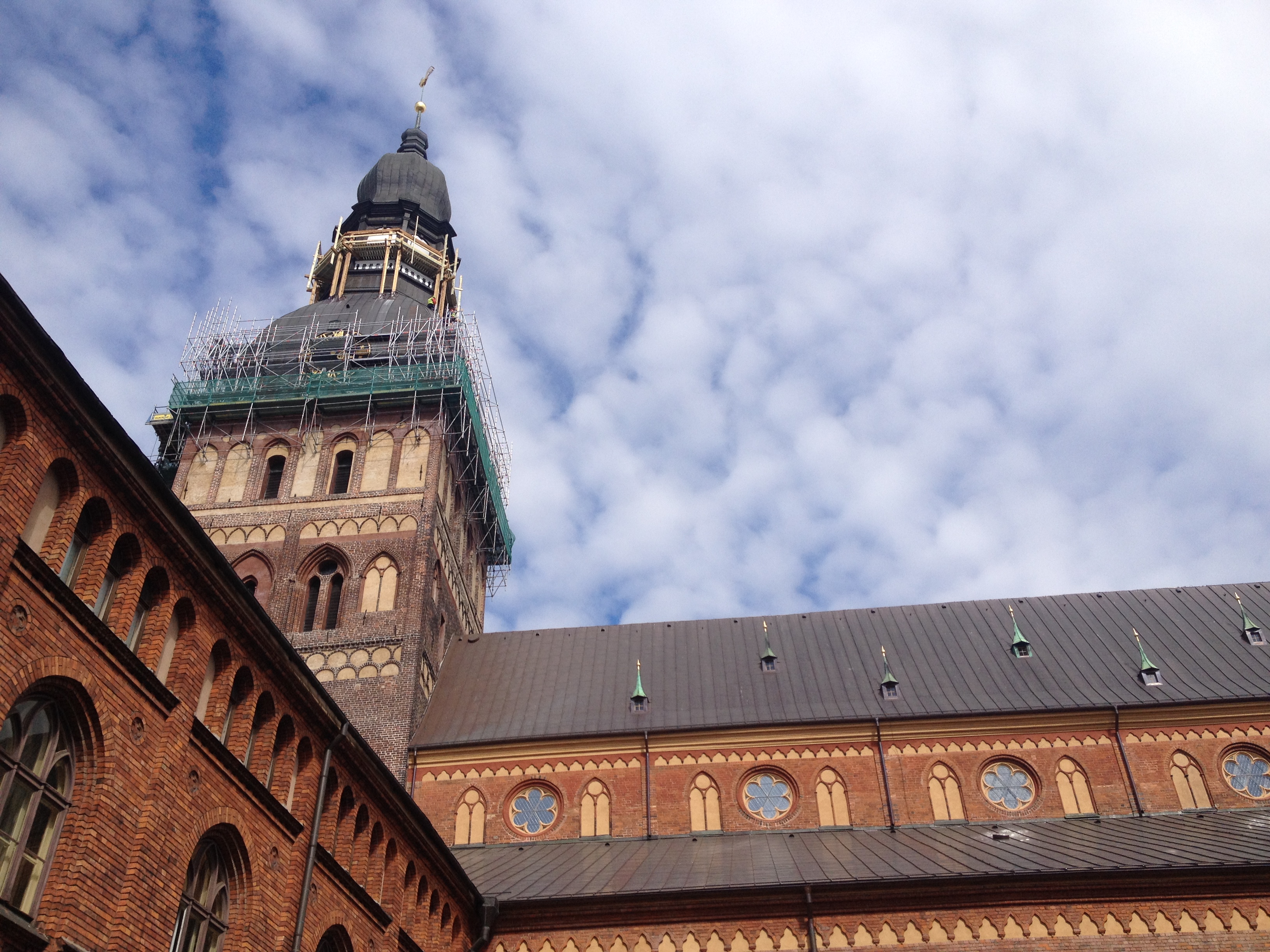 Walking in the Old Town of Riga is like travelling through the centuries. You can easily spend countless hours there wandering around, oohing and aahing over medieval churches and convents, and learning history written on the stones of the defensive walls. 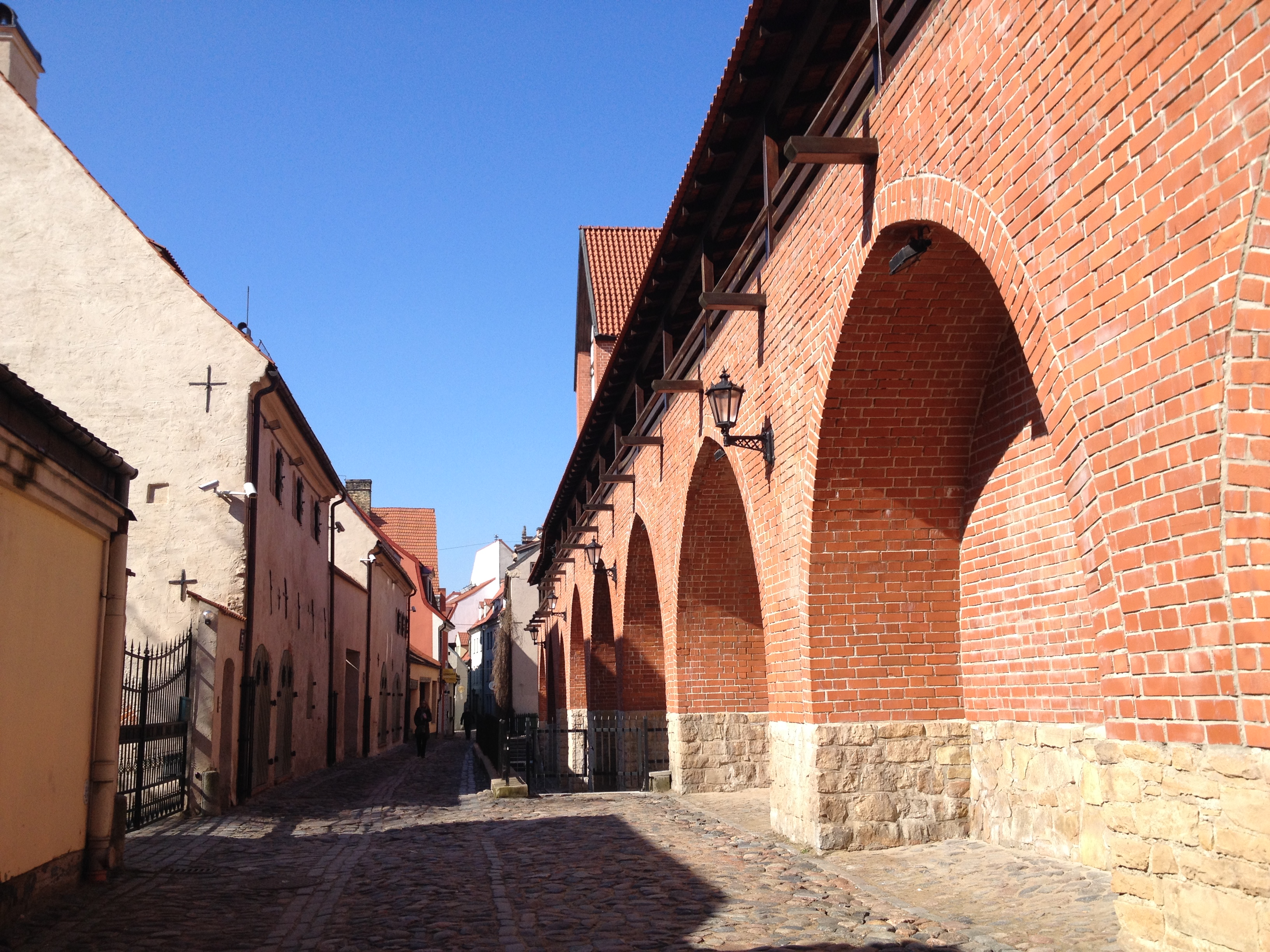 Of course there are plenty of other beautiful sights outside the Old Town.

Take a walk along Elizabetes Street right on the opposite side of the Park Kronval. The path will lead you to Riga’s second most famous neighbourhood known as the centre of Art Nouveau. Houses of the most elaborate appearances convey the true essence of what the world used to be like at the turn of the 19th and 20th centuries. The Art Nouveau district is definitely my favourite area in Riga: it really transports you back to la belle époque, when art was all about aesthetics, when fashion was all about puffy skirts, and when life was all about being enjoyed.

On Alberta St. 12, you can find a local Jugendstil Museum, which, in its essence, is a beautiful art nouveau apartment frozen in time. Definitely worth a visit!

Eating out in Riga

Now, if you’re a real foodie, this means you’re in for a treat. Traditional Latvian cuisine has been preserved in its original medieval state, which is far from being “plain" and “boring”, as many may think. In Riga, you always eat well — and you always get your fill.

Lido, a chain of mini-restaurants across the city, is ultimately THE place to go for some great Latvian food. Cold beetroot soup, warm bacon rolls, crispy potato pancakes, stewed sauerkraut… all equally mouth-watering! Lido’s great: it’s cheap, it’s yummy, the waiters are wearing traditional Latvian dresses, folk music is playing on the radio — it’s as Latvian here as it can get.

Another place I love and go to every time I’m on a visit is this little, almost unnoticeable, pancake cafe in Old Town called Šefpavārs Vilhelms. You can eat ALL kinds of pancakes there: with cheese, meat, apples, bananas, mushrooms, cottage cheese (known as biezpiens), and a variety of homemade jams. All you need to do is grab a plate, choose what you want, pay at the counter, and enjoy.

Finally, if you’re hungry, go check out Rozengrals. With it’s vaulted ceiling, high arches, narrow windows, candle lights, and wall paintings, Rozengrals is one of the most authentic medieval restaurants you will ever have the pleasure to dine at. It’s somewhat expensive compared to other places, but the portions are huge, hearty and very filling. 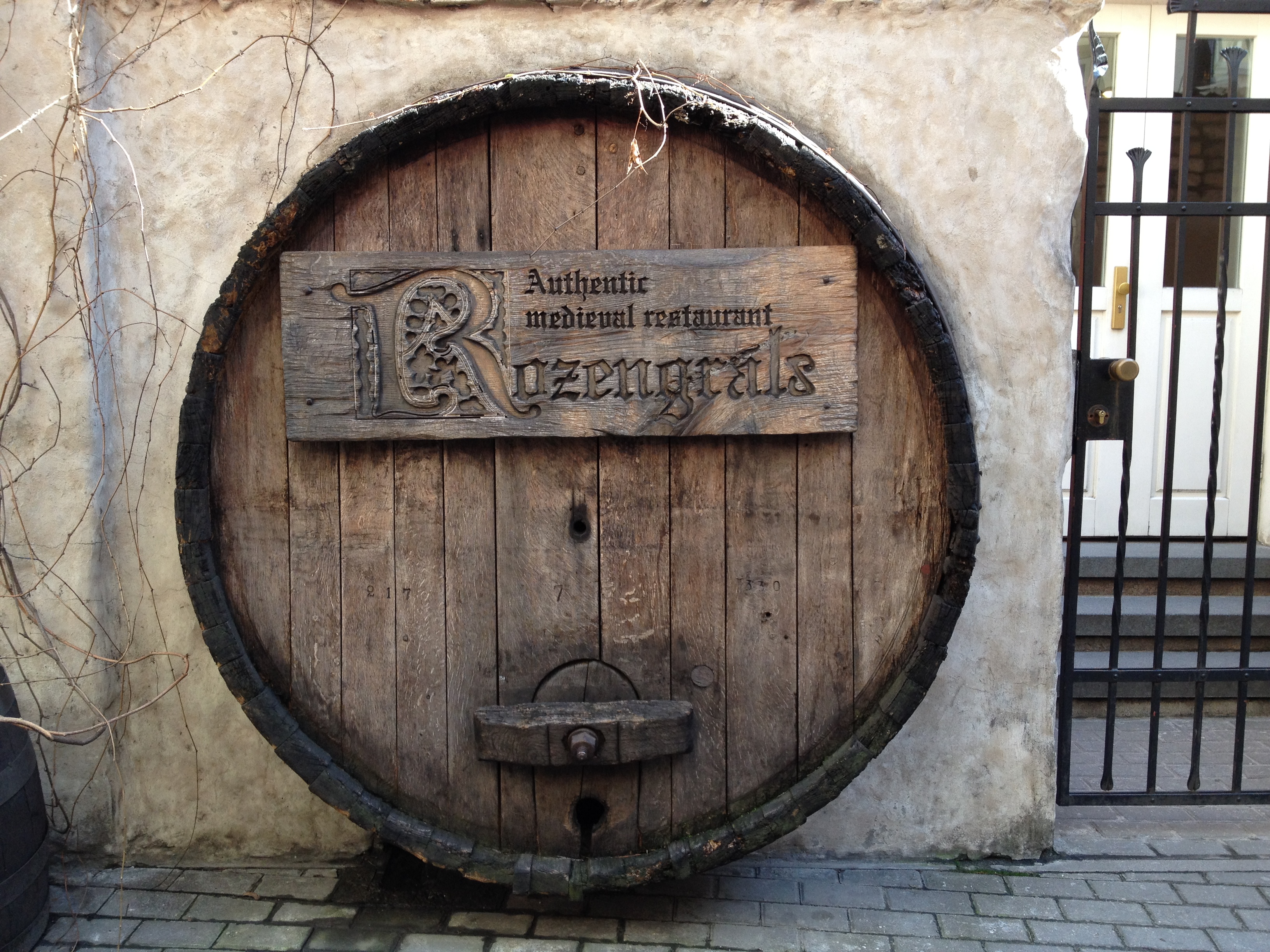 While admittedly, people mostly go to Riga for its medieval atmosphere, the palette of the city has many other colours. If you’re looking for a more alternative experience, do go to Riga Central Market. It’s the biggest market and bazaar in Europe and it is also a UNESCO World Heritage Site at the same time. It is, in fact, one of the most notable structures of the 20th century, originally built is a massive complex of five Zeppelin pavilions. Now, there are only nine of them left in the whole world.

Close to the Central Market, there’s another alternative sight to see: the Latvian Academy of Sciences, a notable example of the so-called Socialist Realism. The building is known as “Stalin's birthday cake”, as it has very lookalike “siblings" in Warsaw, Moscow, and other cities which Joseph Stalin thought to be of great cultural (and strategic) importance. The Academy is, in a way, a “hello" from the old Soviet times — and, at the same time, it boasts a great panoramic observation point. It costs just a few euro to go up to the 17th floor and take in the panorama of Riga from the height of 65 metres. From there you can glance at the rooftops and church steeples of the Old Town, gaze for a while at the bustling life of the Central Market, lose yourself in the unhurried flow of the Daugava River and the wooden architecture of Maskavas suburb (the ghetto neighbourhood during World War II). 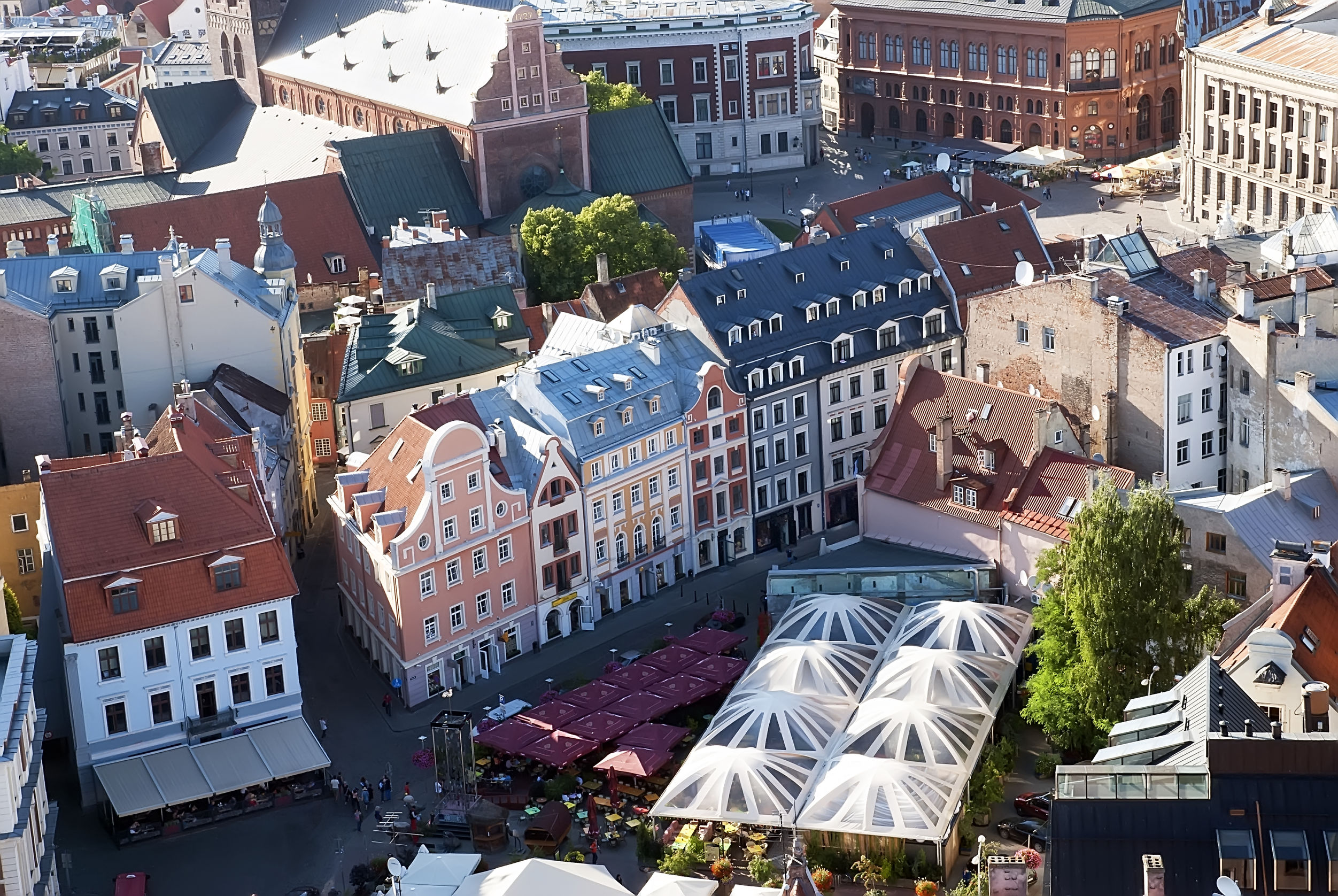 Riga is a vibrant, cultural capital, offering more than what people usually come here for. There are many things to explore — more than I could fit in one blog post. So in order to see the remaining parts of the city, there’s just one thing you have to do: visit Riga yourself. I’m sure you’ll like it!

Guest blogger: Olga Rabo is a Russian girl, born in post-Soviet Latvia, who left at the age of 21 to experience the world. Over the last 4 years, Olga has lived in 3 countries, visited dozens of destinations, and captured all her adventures on her travel blog, The Russian Abroad. If you want to stop by and say hello, you can find Olga on Facebook, Twitter, and Instagram!

Showaround: Thank you Olga for being our guest blogger!